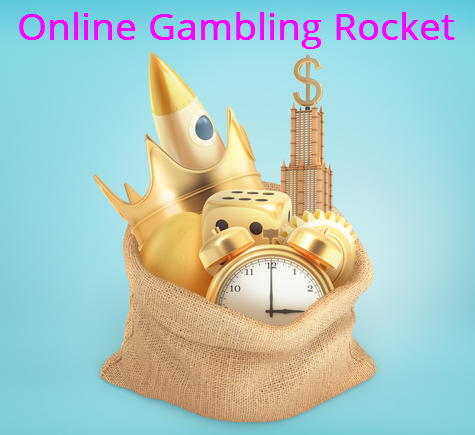 With the economic disruptions that the COVID-19 pandemic has caused, online gambling is set to explode in the United States in 2021. According to Bernstein, the online sports betting market size in the United States might reach $23 billion. This figure is twice the annual amount that Nevada generated in revenue from gaming. As such, brick-and-mortar and virtual casino operators will make a lot of money.

Online bookmakers in the United States have been facing challenges. In May 2018, the Supreme Court of the United States cleared the way for states to make sports betting legal. This meant that the court struck down the federal law that was passed in 1992. The law was prohibiting most of the states from authorizing commercial sports betting.

The 6-3 ruling was considered a victory for a few states, including Delaware, Pennsylvania, and New Jersey. The NBA, NFL, and NCAA had supported the federal ban. The court stated that the federal didn’t comply with constitutional principles that limit the Federal Government of the United States from controlling state policy, which unconstitutionally forced states to ban sports betting under their laws.

This decision seemed to lead to profound changes to the country’s relationship with sports betting. It meant that punters won’t have to go illicit bookmakers or use offshore operators. It also meant that betting enthusiasts could now place bets on-the-go using mobile devices such as smartphones and smartphones.

These few states are enjoying a windfall. According to PlayNJ, New Jersey’s sports bets blew past $4 billion in lifetime revenue in October 2020. Of this amount, iGaming accounted for over 90% of October’s wagers. Fitch Ratings estimated that the number of people going online to gamble would rise to well over 20% by the end of  2020 due to the coronavirus pandemic. This number will increase because the habits that people formed during Covid-19 may stick even after the pandemic is over.

READ  Who was first? Plans Alberta Priorities for the COVID-19 Vaccine

Multibillion-dollar budget shortfalls due to pandemic have made many states reconsider sports betting. That means elected officials now have enough political momentum that will force them to pass online gambling bills in different states. South Dakota, Louisiana, and Maryland have already approved ballot measures that will legalize sports betting early this year. More than twelve other states are also expected to legalize wagering on sports in 2021. Some of them already have existing retail betting and are set to expand into the online gambling market. Some states that might legalize sports betting in 2020 include:

Massachusetts looked like it would legalize sports betting in 2020, but legislation fell short. While the Democratic-controlled legislature and Republican Charles Duane Baker are on board, there are still some details that they need to resolve. These include the legalization of wagering on college sports, which the state’s Division I universities have opposed. Massachusetts may limit the casinos that are licensed to operate in the state to themselves. Once the state resolves these issues, we should expect to see the legalization of sports betting in Massachusetts.

With a population of more than 19 million, New York could also legalize internet gambling in 2021 to collect revenue. While sports betting is legal in New York, it’s only at retail sportsbooks. Since the legalization of sports betting in 2019, the total revenue for New York is only a few million dollars. Legalizing online gambling will certainly help position NY as the country’s most lucrative market.

Connecticut is one of the states that will likely legalize sports betting. Some lawmakers have already stated that it is a done deal. Gaming stakeholders and politicians are on the same page, with the two casinos in Connecticut already having sports betting deals established ahead of a potential legislation effort. The officials seem to be getting closer to making a deal; however, it’s not clear how many gambling sites will be allowed to operate in the state. The Mohegan Sun and Foxwoods might each allow one mobile sportsbook. In turn, this could shut out the top sports betting brands in the country and hinder the revenue potential that the market has.

Ohio entered 2020 with strong odds for the legalization of sports betting. In May, a bill was passed but the Senate never took it up. As a result, the state didn’t manage to advance its sports betting bill. The good news is that elected officials support the legalization efforts, but they first need to address some key issues. These include choosing the body that will be responsible for regulating potential sportsbooks and how many licenses should be issued.

Based in Dublin, Flutter Entertainment is a betting giant that was formed by the merger of Betfair and Paddy Power and the acquisition of The Stars Group that occurred later. This bookmaking holding company recently committed $4.2 billion to raise its stake in FanDuel, a New York-based gaming site that offers a sportsbook. A fellow investor, Fox Broadcasting Company, secured the advantage to increase its stake.

Casino operators are overcoming concerns of loss due to the introduction of sports betting by jumping on board. Since the third quarter, Wynn Resorts has made online sports betting available to its customers. Longtime competitors Caesars Entertainment and MGM Resorts International merged and have also introduced an online casino. The Canadian and international known site Onlinecasinos.net told us in an interview that many states and countries have legalized online casinos or in the stage of doing so.

While online gambling comes with stigmatization, a nation of baseball, basketball, may find online sports betting to be more savory.