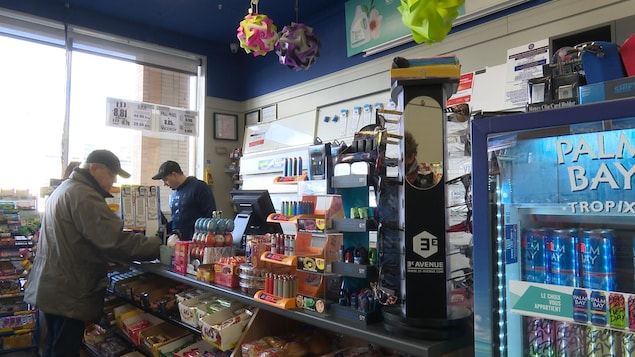 The curfew, which goes into effect Saturday night, will impose a financial sacrifice on retailers.

The AMDEQ director, who has 1,300 independent members, however, believes consumers can adapt to the new schedule imposed by the government.

Yes, there will be some impact, Mr. Service believes. Since customers already know what to expect, they plan their trips in advance to the grocery store and convenience store to cater to their food needs in the evening.

According to Mr. Service, the world of convenience stores has developed greatly in recent years. Neighbors do not have much content to offer hops, chips, nicotine and lottery; The meals they prepare, in some very elaborate manner, are served to their customers.

It is for this reason that some retailers have demanded the right to distribute their food after the curfew has fallen, much like restaurant owners.

However, Yves Service believes that convenience stores can afford the sacrifices they make.

We have to swallow our pill, which is a way to convenience stores that can help reduce transmissions. I do not tear my shirt in a public square because the restaurant owners eat a whole lot.

However, if this one-month curfew passes February 8, retailers will have to find a compromise to realize their losses, the AMDEQ director said.

Yves Service said that although they allow motorists exempted from the curfew to provide gasoline, most convenience stores choose to close their doors early.

Some of the gasoline-powered convenience stores I talked to recently, especially in areas, feel like there is no traffic. So they still close their doors.

Mr Service believes the lack of amenities shops open after 8pm in small towns in Quebec is having an impact.

Often, these are just retailers selling food. It’s sure to have an impact.

In urban centers, some service stations will decide to close their doors depending on the number of passengers in the coming days, AMDEQ said.

Unlike restaurants, convenience store orders made before closing at 7:30 pm must be delivered before the curfew begins.

For the bieresanslimite.com site, which offers an online shopping and delivery platform for convenience stores, it is expected that it will be difficult to deliver goods on the same day.

What makes this problematic is that, here, not all deliveries can be completed accurately because the closing time is already ahead., Believe founder Jimmy Saint-Pierre.

If someone wants to order, for example, before 7pm, before 8pm it is a limit., He adds.

In particular, he asks that after the curfew comes into force, similar to restaurants, convenience store distributors have the right to broadcast.

Restaurant owners therefore have the right to provide food during the curfew period. According to Franయిois Meunier, vice president of public affairs at the Association Restaurant Quebec, restaurants are a right that deserves.

After 10 months of epidemic including 10 dining room closures, that’s all we left! He suggests.

The SAQ is pre-closed so that it represents an opportunity for restaurants, Mr. Menier believes. We agree, this is not Klondike. Restaurants can get 20% of their normal turnover during the curfew.

READ  Network congestion: Truckers no longer want to know anything about Montreal

Fran ప్రత్యేకois Meunier fears that without specialization on food and alcohol deliveries after the curfew, the survival of many companies will be in jeopardy.

This will have enormous consequences, we have already lost $ 6 billion, by 2020 alone.