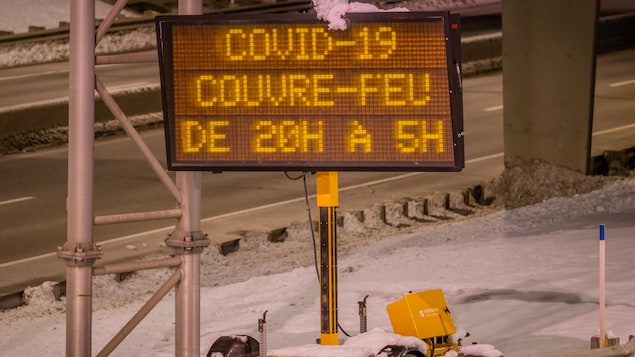 Various police forces in the province submitted less reports of crimes related to the curfew in the second week of application. Between January 18 and 24, the Service de Police de la Ville de Montreal released more than a third of the reports, or 396 out of a total of 1,090.

This is still a decrease at the regional level as 1,429 reports were submitted from January 11 to 17.

Montreal police have been particularly busy this weekend, intervening on several occasions End illegal meetings. The police force submitted 377 reports regarding illegal meetings or other exemptions to the Decree of Public Health.

Certe du Quebec intervened across the province to submit 379 reports regarding the curfew, less than a hundred in the first week. Of these numbers, 80 were placed back on Montreal’s highway network.

The Quebec City Police Department has paid 97 fines for violating a government decree. More than half or 52 were distributed for not respecting the curfew.

So there were fines less than in the week of January 11, during which SPVQ issued 83 indictments related to the curfew.

In Lewis, police received 6 reports from January 17 to 24 regarding curfews, 13 reports of illegal meetings in private residences, and one meeting in a public place.