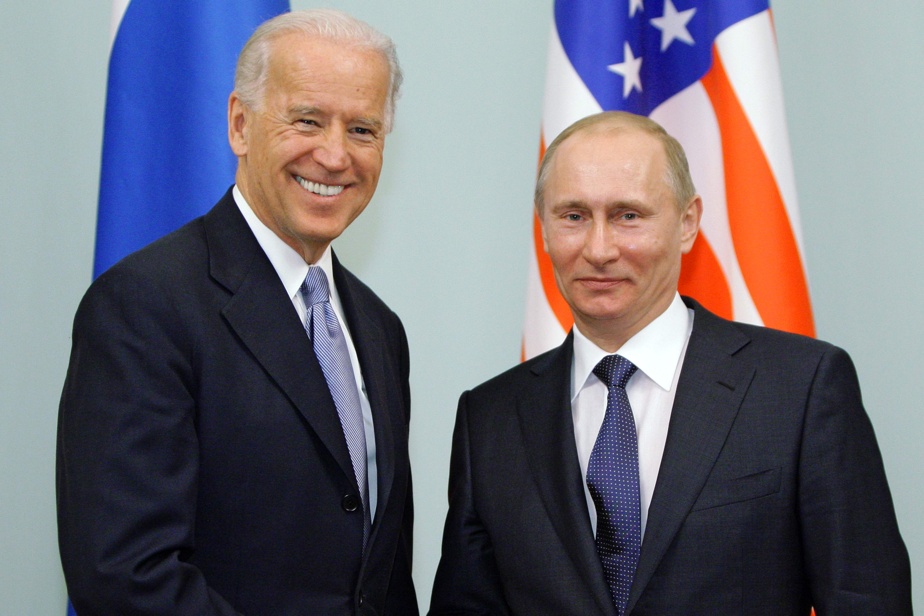 (Washington) U.S. President Joe Biden met with his Russian rival Vladimir Putin on Tuesday for the first time since entering the White House to raise a number of issues amid tensions between the two rival nations.

“The bilateral disarmament agreement, which expires in early February, was called this afternoon by President Putin to discuss our desire to extend it for five years, but reiterated our strong support for sovereignty over Ukraine in the face of persistent Russian aggression,” the White House spokesman said.

Joe Biden expressed concern about the “poisoning” of Russian rival Alexei Navalny, who was arrested in Moscow on January 17 when he returned to Russia after a five – month recovery in Germany, as well as “the treatment of Russian security forces peaceful demonstrators”.

The G7 countries, including the United States, in a joint statement on Tuesday condemned the “political” detention of the opponent with a neuroscientist in late August and demanded his “immediate and unconditional release”, as well as the arrest of his supporters during protests across Russia on Saturday.

Among the issues raised by the American president was the “massive involvement in the 2020 election” in the United States, the recent massive cyber attack on American ministries attributed to Washington and Moscow, and his information was minimized by his ancestor Donald Trump, who “paid gifts” to the Russian Taliban to kill American soldiers.

“He wants to make it clear that the United States is committed to safeguarding our national interests in the face of Russia’s malicious actions,” Zenzaki told reporters.

The Russian presidency reports that Vladimir Putin supports the “normalization of relations between Russia and the United States”, which, according to him, “serves the interests of both countries, but the international community as a whole has a special responsibility to maintain security and stability in the world.”