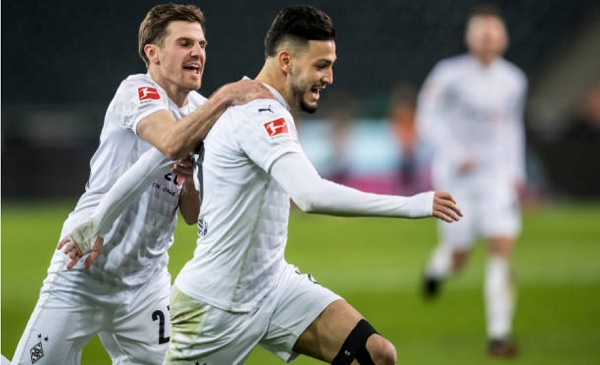 In a lengthy interview with the official Montpellier website, Algerian international Rami Benzbaini spoke about his decision to join Borussia Munchegladbach and his current life in Germany.

The Algerian international began by sharing the reasons that led to his transfer to Germany: “ The first thing is that I am in Rennes. The first year, it was definitely hard to adapt, but then everything went well and I lived there with 3 great seasons, at the end of the day, my departure after winning the Coupe de France and qualifying for the Europa League. This is really good. However, I wanted a change of wind, find another championship, experienced a new challenge and that is why I joined Munchengladbach. In my opinion, this is the best proposal I have with my favorite sports project. The president and coach talked to me a lot, had trouble explaining the project to me, and I agreed. “

Algerian International praised the framework he is now working on: “L.A.He is a historic club in Borussia Munchengladbach Germany. He is followed by many supporters. This is currently impossible due to the health crisis but last season, the stadium was packed all the time whether we were facing Bayern Munich or the club playing management. It is a pleasure to evolve in such an environment. Borussia Dortmund is a young team of four or five experienced players. Most of us also have French speaking players, which is great for me because I have to admit that I have trouble learning German. (Smiles) ”.