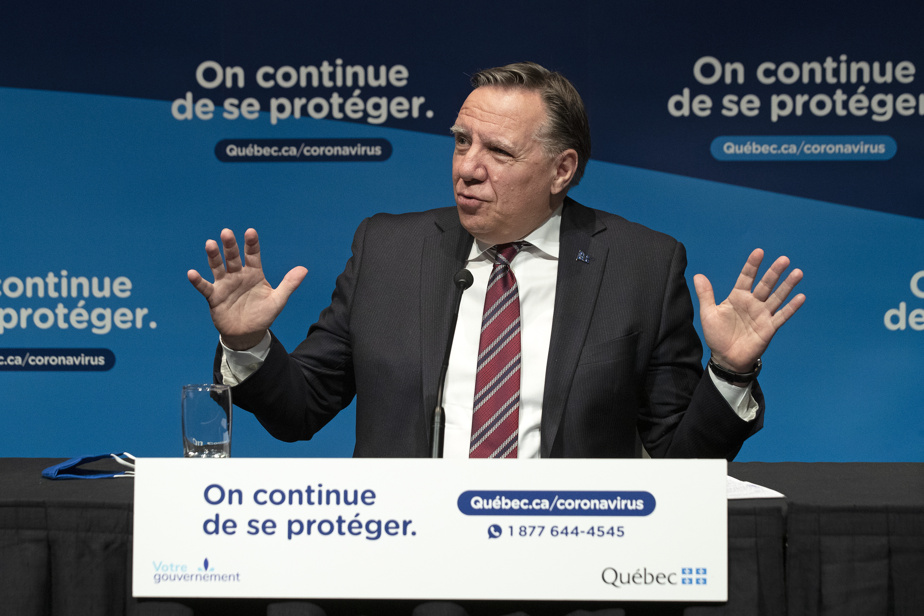 (Quebec) Prime Minister Franకోois Legalt wants to reduce health restrictions for businesses, and he is expected to make the announcement by 5pm on Tuesday.

In the scenario being studied by the government, the aim is to reopen unnecessary businesses Tap Wrote Friday.

In a message posted on Facebook on Saturday morning, Franకోois Legalt called on his government to “make tough decisions” and to “decide to follow the current detention” after February 8.

“I want to relax some of the rules. If the situation allows, I can give our traders a little oxygen,” he wrote.

“It may still change for all sorts of reasons, but for now, we plan to announce our decision by 5pm next Tuesday. It will give everyone time to adjust by February 8th.”

On Thursday, he said “a lot of measures are in place”, including a curfew. The government wants to get back to its color code, whose actions are redefined for each level of warning.

“At the end of the week, I still have to weigh the two before I decide,” he said on Facebook. As Prime Minister, I consult a lot of people before making decisions. ” The talks are still underway with National Director of Public Health Dr Horacio Arruda.

The Prime Minister, who is clearly concerned about the reception to be reserved for his statement, is addressing the people directly in his message. “Once I have all the information and everyone’s opinion, I like to make decisions. I think more about you. I think about what makes Quebec people feel the best. It is prudent to guide me in the present context. ”