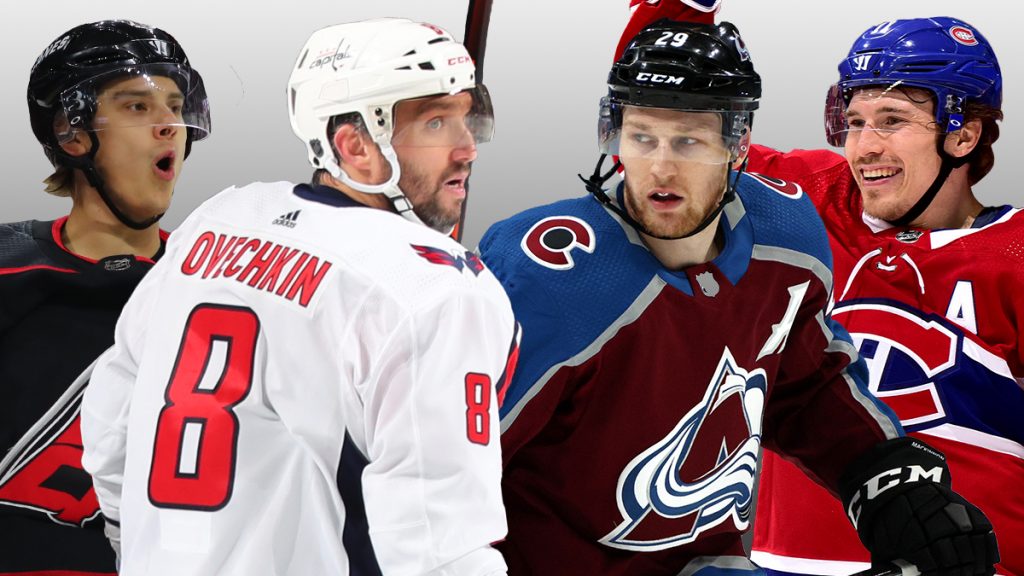 Amongst the many things that make ice hockey so popular is the fast-paced action, as players and puck whizz from one end of the rink to another, in a game where speed and precision are decisive factors. Another is the sheer level of unpredictability when it comes to outcomes, in a sport that is renowned for shock results and underdogs producing sensational seasons.

Now that a full month of NHL fixtures has been played, we now have an opportunity to take a closer look at how teams are performing. This also allows us to consider which teams are meeting their expectations, and which teams appear to be punching above their weight.

How the favorites are looking

Having lifted the famous trophy last season, Tampa Bay Lightning start February priced at +750 odds to win the Stanley Cup again this year. If that task wasn’t already challenging enough, it’s worth noting that only one team has ever won back-to-back titles in the last two decades. That was the Pittsburgh Penguins in 2016 and 2017.

Tampa Bay made a positive start to their Discover Central Division campaign, with five wins from seven games, accompanied by one loss and one overtime defeat. Heading into February, they are just one point behind Carolina Hurricanes in the divisional standings, which puts the Lightning well on course towards where they need to be.

They are just 1 of 10 teams in NHL history to score at least 5 Power Play Goals and 8 Total Goals in a shutout. The Penguins last completed it in 1995 vs. Lightning. pic.twitter.com/dT7DjiLYCy

While they feature amongst the three leading candidates to win the Stanley Cup this year, the general consensus amongst the leading sportsbooks is leaning towards two other teams. They are Colorado Avalanche and Las Vegas Golden Knights, who are both competing in the Honda West Division this season.

Colorado have achieved seven wins, three losses, and one overtime defeat from their first 11 games, putting them level on 15 points with the division leaders, St Louis Blues. Due to postponements, Vegas have played the fewest games, although the Golden Knights are putting rival teams to the sword, registering five wins, with one defeat and one overtime loss.

Thus far, this trio of Stanley Cup favorites are all in winning form, well on course to achieve their minimum objective of reaching the Playoffs. From there, as always, quite literally anything can happen as teams try to reach the Stanley Cup Finals.

Given the different divisional format this season, we’re blessed with the chance to see all the Canadian teams grouped together, bringing a unique opportunity to enjoy so many regional rivalries unfolding. Battling for supremacy of the Great White North, the Montreal Canadiens are the early Scotia North Division leaders, closely followed by Toronto Maple Leafs.

Given there hasn’t been a Stanley Cup champion from Canada for almost three decades, the Canadiens and the Maple Leafs are certainly making an early declaration of their intentions. Both teams also occupy the top two spots in the overall League standings, with no team in the entire NHL close to the impressive +17 goal differential the Canadiens have registered.

While that may give some of the American teams cause to tremble south of the border, the St Louis Blues don’t seem to be showing any fears, in the midst of what can only be described as a remarkable start to the Regular Season. They top the Honda West Division with seven wins, two losses, and one overtime defeat, yet that doesn’t tell the whole story.

Incredibly, after crushing Colorado 4-1 in their opening fixture of the season, St Louis suffered an 8-0 whitewash against the Avalanche the very next day. Apparently unfazed by that route, the Blues picked themselves up and went about restoring their pride with excellent performances. If this keeps going, they could be dark horses for the Stanley Cup.

As for outsiders filled with ambitions of success, look no further than the Philadelphia Flyers, who had high hopes last season before falling to the New York Islanders in the Playoffs last season. Getting sweet revenge the Flyers beat the Islanders twice in January, on the way to topping the MassMutual East Division, which is where they aim to stay perched.

Spare a thought for those who suffer

When they started the season with a stunning 3-5 win against the Toronto Maple Leafs, fans of the Ottawa Senators must have been living in dreamland. Unfortunately for those long-suffering Senators fans, their team hasn’t managed a single win since. It’s going to be a long and hard season for them, which means we can only send them our deepest sympathies.