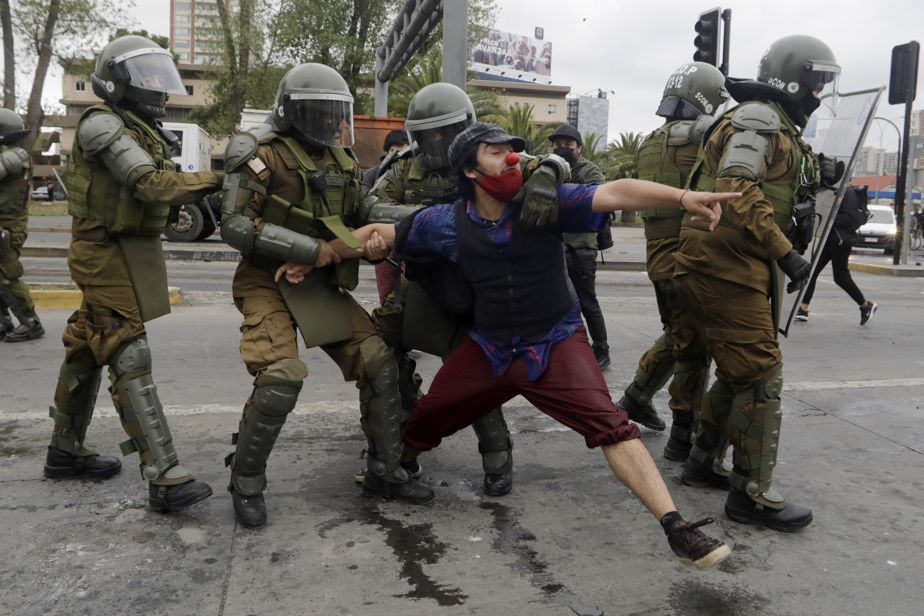 (Pangupulli) A Chilean police officer who killed a street demonstrator on Friday in a small town in the south of the country was in custody on Saturday, an incident that led to violent protests there and provoked outrage in the country.

The police officer who was arrested on Friday was produced in court on Saturday during a hearing on the internet, which decided to keep him in custody until Monday. The prosecution will present its allegations the same day and open an investigation into the case.

Witnesses called the police and there were violent incidents. Hundreds of protesters set fire to several buildings, one of which burned down and erected barricades in the streets, until riot police responded with tear gas and water cannons, according to reports, images circulated by local media.

The incident took place when two police officers refused to check on the artist.

The argument grew. According to pictures posted on social media and local channels, an officer first shot him in the leg and then shot him again when the young man jumped on him.

Chilean Interior Minister Rodrigo Delgado has ordered a comprehensive investigation into the incidents and condemned the burning of public buildings. “We are deeply saddened by the loss of human lives in a police operation,” he said from Santiago.

“We are saddened by the death of this young juggling student. I hope justice will be done, ”Panguipulli Mayor Ricardo Valdivia told local radio station Radio Cooperative. He is a “peaceful man” who lives on the streets, he told local media.

Local police, for their part, backed the officer who opened fire, saying he worked in “self-defense.”

Chilean police have been criticized for using too much force when unprecedented protests erupted in the country in October 2019. The Commission of Experts has submitted a proposal for police force reform, which is currently being considered by Chilean police. .