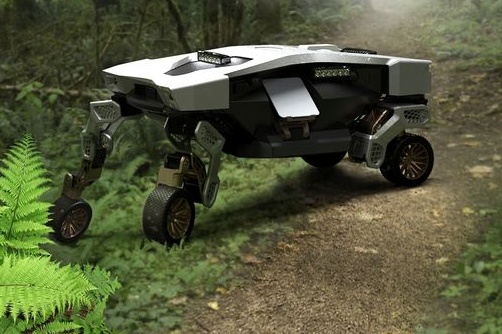 (Paris) Hyundai on Wednesday unveiled a remotely controllable version of its Elevate concept that will make a vehicle roll, but can crawl even if the terrain is difficult.

Called the “Tiger”, the new vehicle is “designed to transport any kind of cargo in remote and inaccessible areas and is designed to develop into a four-wheeled vehicle or four-speed robot similar to the elevate prototype introduced in early 2019”, Hyundai explained in a press release.

The South Korean manufacturer is developing this remotely piloted prototype so that it can deliver and retrieve critical loads over rough terrain, such as packages needed “in remote areas under harsh conditions”.

When it is stuck, the vehicle rests on its “legs”.

Tiger “observes more than 360 degrees of the Earth’s surface, especially in disaster areas after a natural disaster, making it difficult to access terrain, or (e) even exploring the surface of another star / planet.” Hyundai says.

The Korean group is working on the project with California software publisher Autodesk and American Innovation Studio Sundberg-Ferrara.

READ  Strong winds, heavy rain on the way as the ‘strong storm’ reaches the south coast of BC