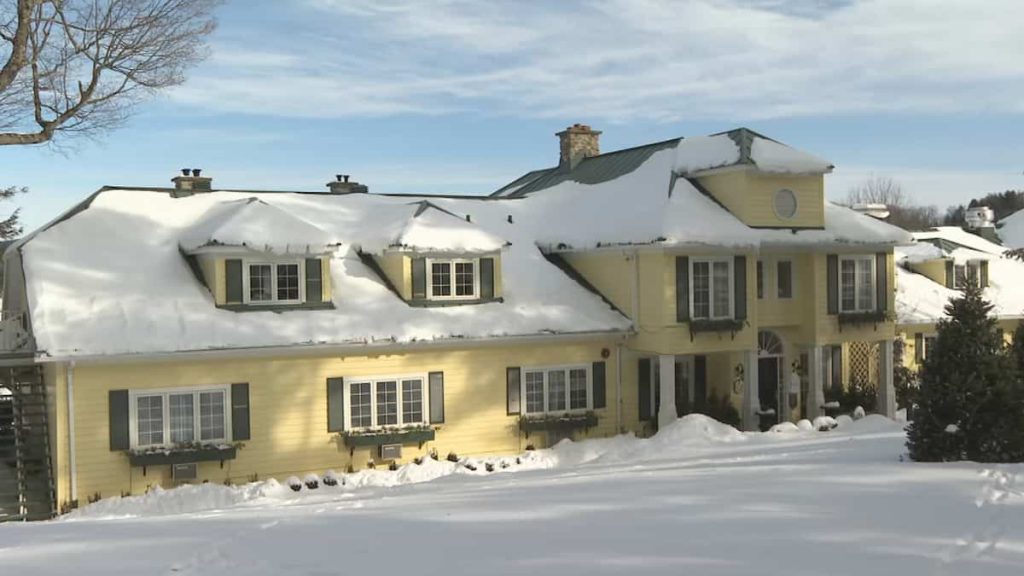 The project to expand the Auberge Ripplekov in the Ayers Cliff in the eastern townships is fiercely competitive with the residents of Lake Masawippi, who have so far lived well with the famous dormitories.

“We are concerned about the environment because it is one of the round bays on Lake Masawippi. It is already very urbanized and we are going to double this urbanization there,” she adds.

Currently 29 units are under construction and the owner is planning a second phase. He has full rights under the provision passed in 2009.

“It’s very permissible, but this is the situation we have found today,” Ayers Cliff Mayor Vincent Gerin agreed. The municipality will not change the bylaw to ban it today, we are responsible for the prosecution. ”

“We have a deforestation plan, we will follow all the directions to the letter and the people of the Ministry of Environment will come regularly and check if everything is in compliance. We will take care to honor our duties. We have recently invested money on the shores of the lake,” said the Vice President of Sales and Development. Annie Brunelle said.

Riplekov Inn proposes to sell the next phase of built-in condos without rent.

This requires a change of zoning. The mayor said the city council was in favor.

“We cannot repeat the past. So in this case, the council believes the zoning change will be more conducive to development control,” Mr Gerin argued.

Elected officials will consider the matter on February 15 and if they decide to go ahead, opposing citizens can sign the register to call for a referendum.

“Citizens need to understand that they can not oppose the hotel expansion, the mayor insisted. However, they can oppose the zoning change.”