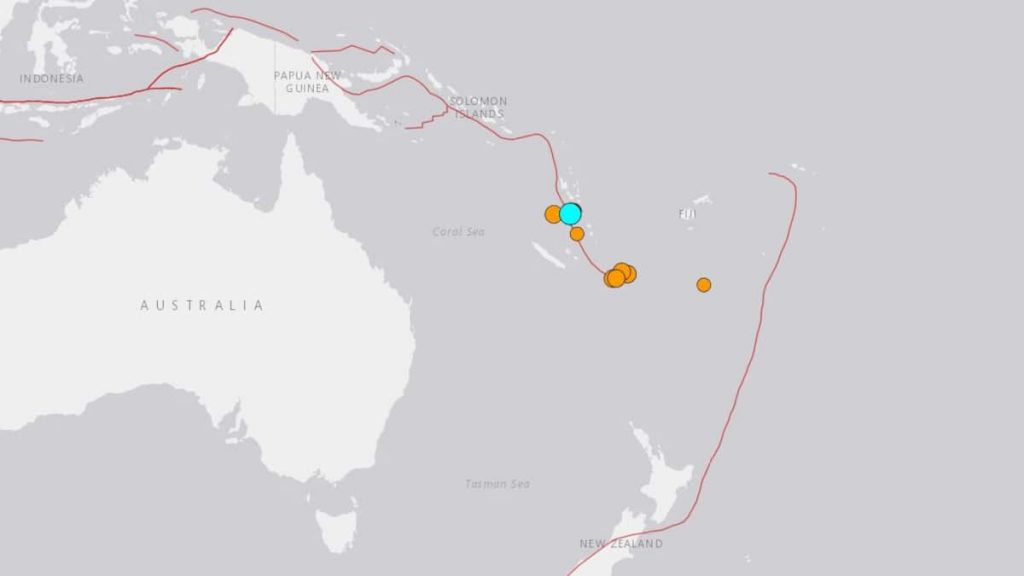 “Wow, I haven’t had a feeling like this in years. My heart is still on the edge of my lips, ”tweeted local reporter Dan McGarry, describing a very strong horizontal tremor.

Wow, I haven’t experienced anything like that in years. My heart is still in my mouth.

Very large lateral movement, with more modest vertical movement. (This is good because there is less chance of a tsunami.)

That should wake up the NDMO director !! 😃

According to the USGS, the quake struck at a depth of 90 km (10 km) west of Port Vila. No tsunami alert was issued.

The quake was followed by two aftershocks of magnitudes 5.5 and 5.7, with no damage or injury.

Last week, a more powerful 7.7-magnitude earthquake triggered a tsunami alert, but the wave did not exceed one foot.

The quake, 430 kilometers from Vanuatu, prompted New Zealand and Australia to sound the alarm.

The area that includes Vanuatu and neighboring New Caledonia is part of the Pacific Ring of Fire, one of the most intense seismic activity on the planet.