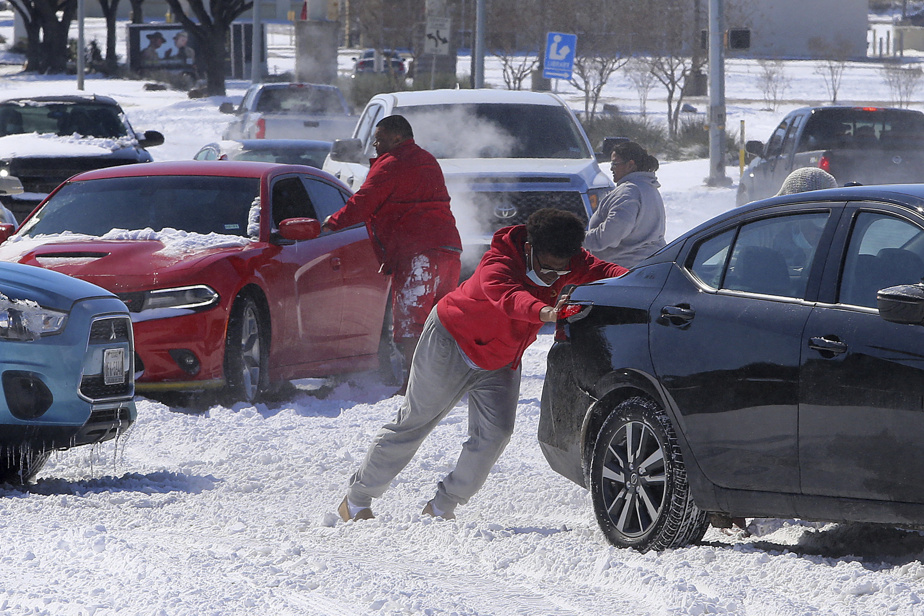 (WASHINGTON) Texas ice, polar temperatures and the cold snap that killed at least 20 Americans already without power, according to American media, continued Tuesday in the United States, where three people also died in the tornado.

Cold snaps have killed at least six people in northern Mexico, three of whom have escaped poisoning due to hypothermia and one heating fault, local officials said.

Texans, accustomed to mild temperatures, remained under the influence of a snowy thermometer on Tuesday, dropping to -12 degrees Celsius in their capital Austin this morning.

This is down from the low average of February (7.2 degrees) in the city and at the same time compared to the temperature recorded in the anchorage (-7 degrees) in Alaska.

To keep the entire system from overheating due to rising demand, power companies have been making partial cuts in this large state south of the United States since this weekend.

According to the site Powereroutage.us, more than 3.5 million homes and businesses were without electricity Tuesday night.

“This white looking is pretty, but very dangerous because people here don’t know how to drive,” Houston resident Michael told AFP, who did not want to give his last name.

In Mississippi, residents woke up to learn about these other southern state landscapes covered with snow and ice.

Authorities have been slow to clear roads in the south where snowplows are common but less commonly used.

More than 20 deaths have been linked to the winter weather, according to U.S. media and officials have urged Americans to be careful.

The National Weather Service (NWS) warned Tuesday that “cold winds and dangerous cold winds will continue through the middle of the week” in the heart of the United States and in the Great Plains of the Mississippi Valley.

“A new winter storm will appear in the southern plains on Tuesday,” he continued in a bulletin.

Further north, Chicago is under a blanket of snow, with residents trying to free their cars.

“The spectacular cold snap that hit the continental United States is very active with a combination of Arctic high-carrying freezing temperatures and waves of precipitation,” NWS explained Monday.

In addition to Texas, nearly 600,000 people across Oregon, Louisiana, Kentucky and West Virginia are without electricity.

“It will take time to recover,” Brunswick County Rescue Service manager Edward Conroy told reporters, adding that they are no longer looking for the missing.

“We received a tornado warning from the National Weather Service, but the storm had already hit,” he explained.

NWS officials said they were “very surprised at how quickly the storm strengthened” and “during this time of night” before midnight, “when a lot of people are home in bed, it creates a situation. Very dangerous”.

Trees were uprooted, vehicles and houses were destroyed … In total, fifty homes were damaged and power lines cut, according to the emergency services of the County of Brunswick.