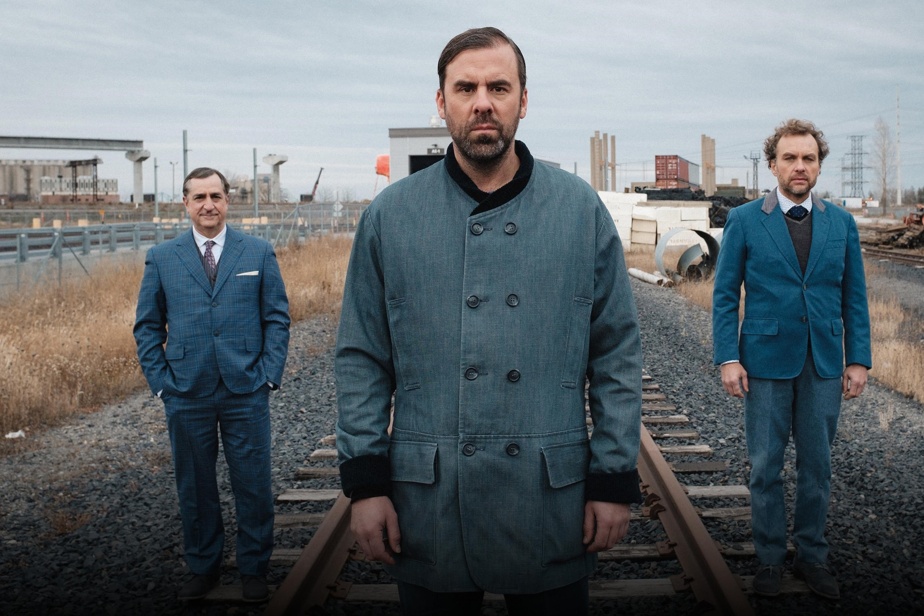 Live performance of (Montreal) The dark side of the moon Two weeks ago at Tele-Quebec, great success. The return of theater to television was hailed by many.

Tele-Quebec re-launched the experience this Friday with a flagship piece by Alexia Burger, Les Hardings. This work was inspired by the Lock-Megantic Railway tragedy.

Martin Drainville, Bruno Marseille and Patrice Dubois all camp (in a skilled way) by a man named Thomas Harding. One is a New Zealand researcher and knows the death of a relative, the other is American insurance and the third is a Quebec railway man.

Inspired by the three true Thomas Hardings, this author explores feelings of danger and responsibility with humor and great sensitivity.

The texts, acting, music and stage are great. The solemn moments are recognizable, when Bruno Marseille realizes that it was “his” train that caused the fire, or when he utters the first names of the 47 victims who died in the fire, and with him.

We hope that the recording made especially for television will give a good impetus to the distribution of this work, the tour is scheduled for 2022, which was interrupted last spring.