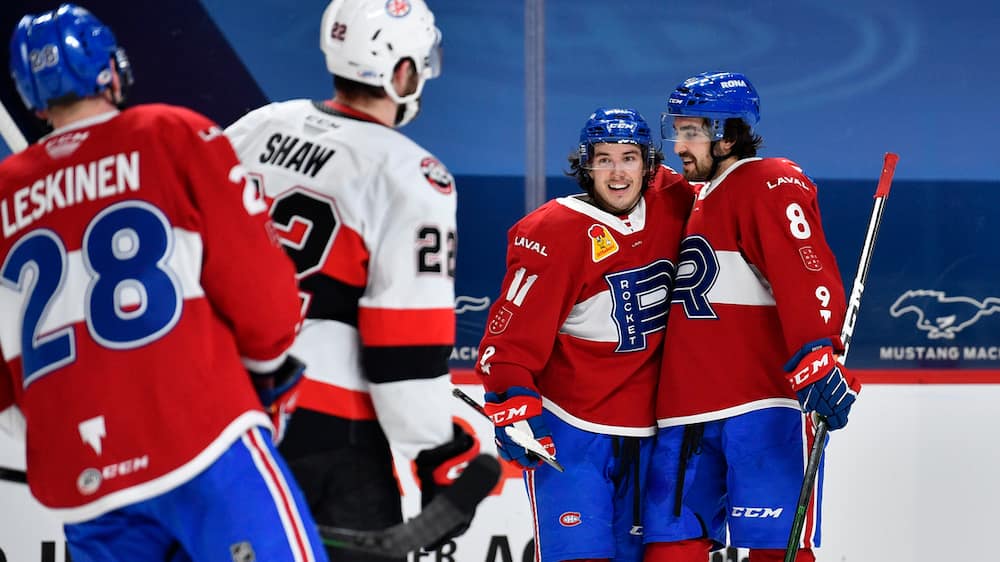 Laval Rocket won 4 of 4 games against the Belleville Senators on Friday night at the Bell Center. Forward Rafael Harvey-Pinard had a strong game for the Hobbs School Club by scoring two goals.

Harvey-Pinard scored the winning goal in the second period, his throw deflected in front of the net in the opponent’s skate. He then gave the Rockets a 3-1 lead.

Quebecar came back into charge in the third period by jumping on the return throw with his third win of the season.

Ryan Pohling accentuated the game by scoring his first goal of the season in the second minute of the game.

Corey Schunemann also threaded the needle in victory. The defenseman used the power play early in the third period to score his first goal in a rocket uniform.

Back in front of the Laval team, Caden Primo saved 25. At the other end of the ice, Joey Dockard gave up five of 39 shots.

Young defender Kayden Guhley, who is still uncomfortable with the injury, is not from rocket construction.

Joel Bouchard’s team will take action again on Monday against the Manitoba moose that will visit the Bell Center. The two teams will meet four times next week.

READ  Pay a day for goaltenders in the NHL