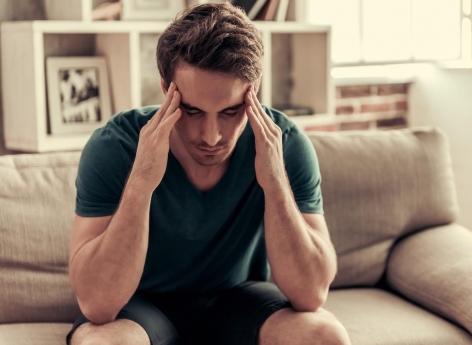 Two-thirds of people with a migraine do not get enough exercise. This is the resultPreliminary study published February 23. According to researchers, people who exercise moderately and vigorously for at least two and a half hours a week are less likely to get migraines. This observation also applies to other illnesses such as stress, depression and sleep disturbance.

Sport to reduce the frequency and severity of migraines

“Migraine is a disability that affects millions of people in the United States, and regular physical activity is an effective way to reduce the frequency and severity of some migraines.Dr. Mason Dice, a study author from the University of Washington, says that in fact, when a person exercises, their body secretes natural painkillers called endorphins, which help with good sleep and reduce stress.

To reach their results, the researchers analyzed the physical activity of 4,647 patients diagnosed with migraine. One-third of them suffer from chronic migraine or 15 or more per month. The rest include episodic migraines, up to 14 per month. Everyone was asked to complete a questionnaire about their migraine symptoms, their sleep, their depression, their stress, their anxiety and the sports they played each week.

77% of people who do not exercise have trouble sleeping

The results are believable: people who exercised less than two and a half hours a week experienced more depression, anxiety and sleep problems. In the group of non-exercising participants, 47% reported depression, 77% were sleep deprived, and 48% had severe headaches 25 or more days per month. Of those who exercised at least 150 minutes a week, or at least two and a half hours, 25% had depression, 66% had trouble sleeping, and 25% had headaches 25 or more days a month.

READ  The pertussis epidemic at a research center in Antarctica, one of the most remote places in the world.

“There are new treatments available for migraine, but they are more expensive, Dr. Mason Dice concluded. People with migraines should consider including more exercise in their daily lives, as it is often a safe and inexpensive way to manage and reduce some of the other problems that come with migraine.”

Interested in this topic? Come discuss in our forum!