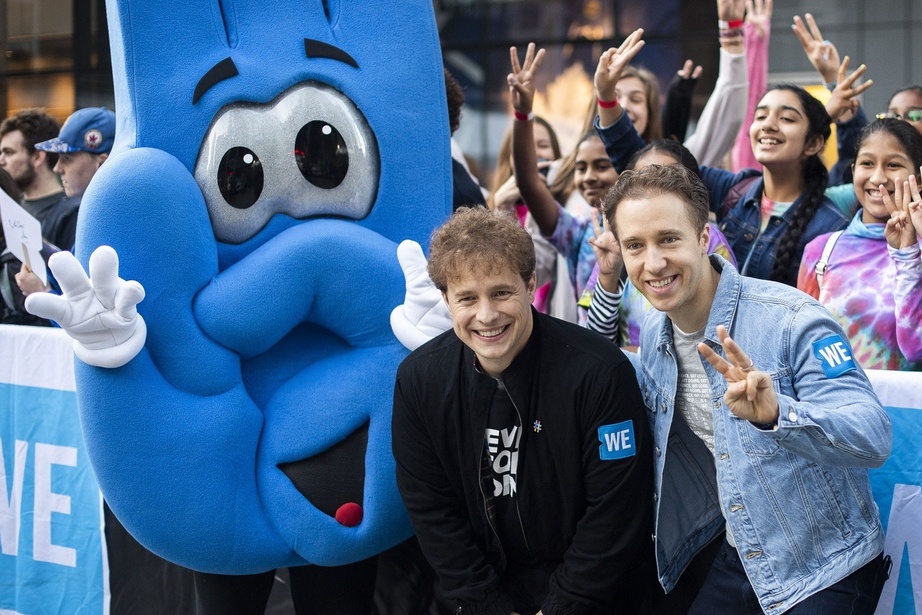 (Ottawa) A man who once served on the advisory board of the US-affiliated WE charity is believed to have unknowingly raised funds for a single school building in Kenya by donors from two different groups.

Reid Cowan testified before a parliamentary committee on Friday that he had started fundraising for Free the Children after his son Wesley died in an accident at the age of four.

He wants to honor Wesley’s memory and constructively change his suffering, but now his son’s grave seems to be desecrated.

He discovered that the plaque on the school building that once bore the name Wesley now bears the name of another WE donor.

“I saw that the plaque with Wesley’s name and his motto was not on the school building we opened,” Mr. Cowan said.

He said one of the names currently engraved on the plaque was the Howie Stillman Foundation.

On the foundation’s website, he found a video of the “launch ceremony” where they opened the same building less than two weeks after we arrived. “We went to Kenya thinking we were opening this building for Wesley,” he said. “This celebration was reproduced for us, the same people, the same songs, the same, different panels. ”

For Mr. Cowan, it is important to know that there will be a specific school building. Roxanne Joel, wife of WE founder Mark Keelberger, and current CEO of a WE affiliate from his for-profit ME, told him it was a “Wesley school”.

“When you give money to a company on another continent, you wonder if it’s real, then I take my hands on the brick and that’s it,” he told the committee.

He said thinking about Kenyan children attending school helped him cope with the loss of his son. It “gets me up most nights,” Cowan told the committee.

Where did the money go?

The money raised by the Mr. Cowan group, the Wesley Smiles Alliance, went straight to the WE charity.

Mr Cowan said he believed it had raised hundreds of thousands of dollars directly and that his efforts for organizations, including speaking out across the United States, had helped raise millions of dollars.

Now he wants to know where the money went.

“I have repeatedly requested the accounting records of all the money collected in connection with Wesley Cowan’s inheritance and so far these records have not been received,” he told the committee. “I’d love to see them.”

The WE charity said in an email that Mr. Cowan was working to provide the information he requested.

Mr Cowan said he had misunderstood what was going on in the video and that it was an unfinished ‘welcome ceremony’ at the school where volunteers came to help.

“There was only one school inauguration there and it was for Mr. Cowan,” the company said in an unsigned email message.

The WE argued that two of the four school buildings funded by Mr. Cowan had plaques with the Wesley name on them. “One of them was removed in 2009 and we regret that Mr. Cowan was not accidentally alerted,” the company said, adding that the plaque had now been returned to its original location.

The Howie Stillman Foundation has funded other programs in the community, including clean water.

The WE said its projects in Kenya were reviewed by forensic accountant Al Rosen, who confirmed that “projects such as school buildings have not been doubled.”

The WE previously stated that the review was commissioned by the Howie Stillman Foundation.

This article was produced with financial support from Facebook Stock Exchanges and The Canadian Press for News.