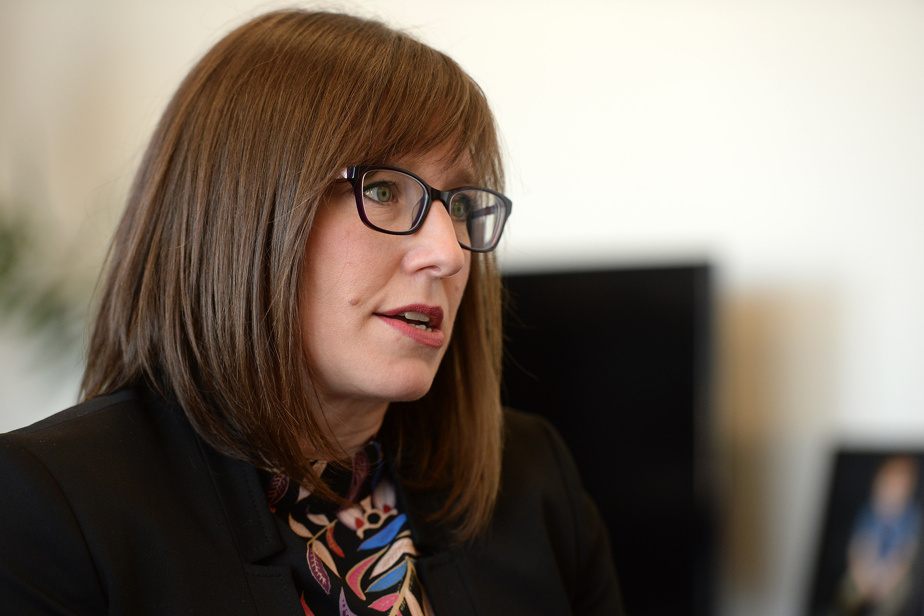 (Quebec) Minister of Regional Economic Development, Mary-Eve Proulx, says she will be relieved by easing her responsibilities following the recent reconstruction of Franకోois Legalt.

Last week, she took over responsibility for the Gaspace – Ols-de-La-Madeleine area, an issue of small and medium-sized enterprises (SMEs) now being taken over by another of her colleagues, Lucy Lakors.

In an interview with the Canadian Press on Thursday, Ms.To me Proulks made it clear that she was not the one who asked to be fired. This choice was made by the Prime Minister “so that we can prioritize our files” she explained. Does she have relief?

“Yeah, sure, it’s a good fit for me,” she admitted, having huge territory in her care.

Roughly speaking, it covers the territory that stretches from Lewis to the end, on the south coast of St. Lawrence, along with the Madelinot archipelago. Gaspace – The Ols-de-La-Madeleine region is now under the charge of Energy Minister Jonathan Julian.

“I’m saddened to be relieved of Gaspe, because this is an area where I have learned to love and work with the actors. It’s going very well.”

OmTo me However, Prolux is responsible for Boss-Saint-Laurent and Chowder-Appalachs. She said the restructuring would allow her to focus on her other commands.

“I see this as an opportunity. At times, I find it difficult to invest in my regional economic development files. […] I can now focus on all areas. ”

READ  According to QS and PLQ, the CAQ slows down the tramway

As Minister of Regional Development, she deals with the socio-economy, cooperatives and entrepreneurship.

As such, she will work with the new Finance Minister Lucy Lecors, who deals exclusively with SMEs.

“It does not remove a task on SMEs, assuring M.To me Prolux. In this area, I still participate (in supporting SMEs). ”

She recalled that she worked to set up Acus Enterprise Quebec to support entrepreneurs in the region for small or large projects that are not supported by Investment Quebec.

Finally, mTo me Prolux is currently working to improve the regional economic development strategy, which will replace what was prescribed 20 years ago.