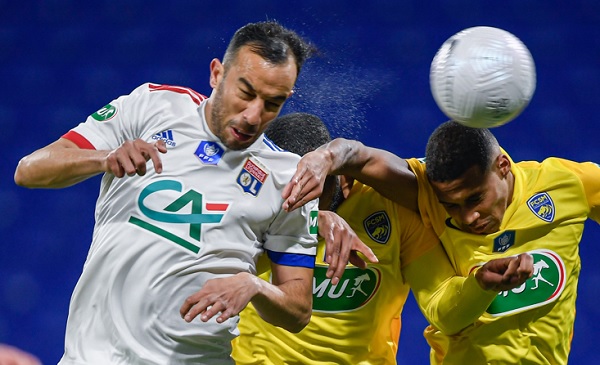 The two holders at the Sochas reception in Coupe de France this evening, Algerian international players Jazmel Benlamri and Islam Slimani did not lose their uniqueness.

Benlamy started scoring in the first minutes of the match after Cornet (8th) cut a corner from a nearby post. One goal disrupted the opposing team and Lyon was able to score another goal.

Although he was the last passer of the heel until just before half-time on Cherky’s first goal, Slimani did not attack much in his role.

He missed some good chances, but in the final minutes of the match, Slimani gave good help to young Franco-Algerian talent Ryan Cherki, who scored twice.

Lyon eventually won 5-2 and qualified for the 1/8 final.