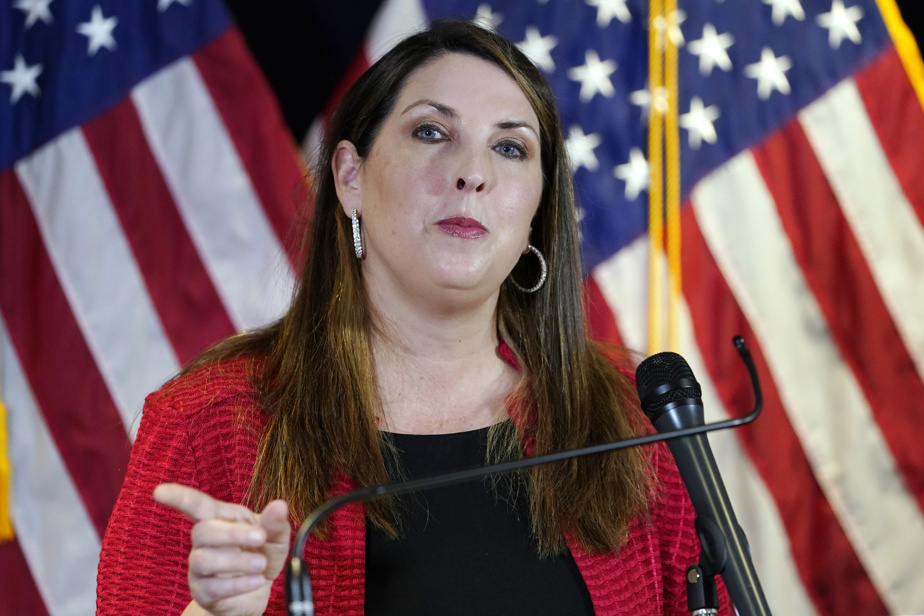 (Washington) The Republican National Committee (RNC) is defending Donald Trump’s right to use his name in fundraising after the RNC called for an end to the practice.

In a letter to Donald Trump’s lawyer Alex Cannon on Monday, RNC chief attorney J.J. Justin Reimer said when the committee sat down that “the public has every right to represent.” “In the political dialogue protected by the First Amendment” and promised to continue to do so.

Donald Trump “reiterated” to RNC President Rona McDonnell over the weekend that RNC currently agrees to use his name in fundraising and other documents, including our upcoming Palm Beach Donor Retreat, which we look forward to participating in. ”

In his first keynote address after his departure, Donald Trump urged his supporters to donate their money to Save America, his political action committee, rather than the traditional “GOP” fundraising agencies. On Friday, his team sent letters to the RNC and other organizations urging them to refrain from using any fundraising, persuasive and reflective name, image and / or image unofficially, as in the case of President Donald J. Trump.

House and Senate Republican campaign committees and a spokesman for Donald Trump did not immediately respond to requests for comment from the Associated Press.

The RNC and Donald Trump campaign teams worked hand in hand during the 2020 election, including fundraising through a joint committee. And the relationships between them remain the same.

Donald Trump will be speaking at RNC’s April Donors Retreat in Palm Beach, and Rona McDonnell said he would like to continue raising funds for RNC despite raising money on his own.

Despite the requests, the RNC and other organizations continued to raise funds on behalf of Donald Trump.

“Congratulations! You have been chosen as the first person to claim that you are committed to the Trump legacy,” the RNC wrote in a message on Sunday.

“We need 10,000 patriots who were with President Trump before midnight today. Urgent: We need Trump supporters,” read another message from the Republican National Senate Committee on Monday afternoon.