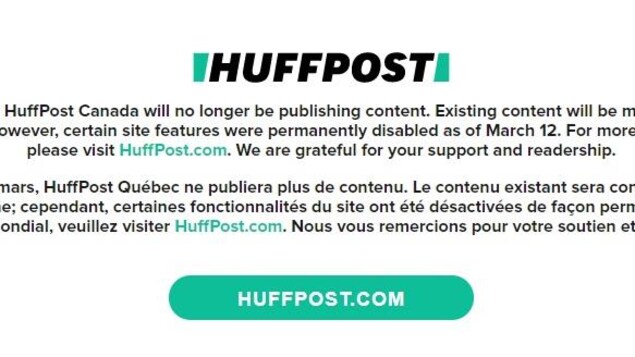 HuffPost Quebec has already employed a dozen people, but some have since left, and positions have not been filled. So they are only a small team of five in Quebec to complete all the journalistic work.

News of these closures, which will affect Quebec and Canada, comes at a time when 47 layoffs have been announced at HuffPost in the United States with the aim of boosting the company’s profitability.

In February 2020, BuzzFeed acquired HuffPost from Verizon Media. Since then, uncertainty has been blowing.

Following the news of the closure, HuffPost Canada posted a brief message on its website in two official languages ​​on March 9 confirming the closure.

As of March 9, HuffPost Quebec will no longer publish content. Existing content is kept in an online archive; However, some features of the site are permanently disabled. For more global content, please visit Huffpost.com. We thank you for your support and readers.

HuffPost’s deficit of $ 20 million has risen, with fears that the deficit could recur this year, if not authorized.

The media has been living in difficult economic conditions for many years, especially in the written media, due to declining advertising revenue.