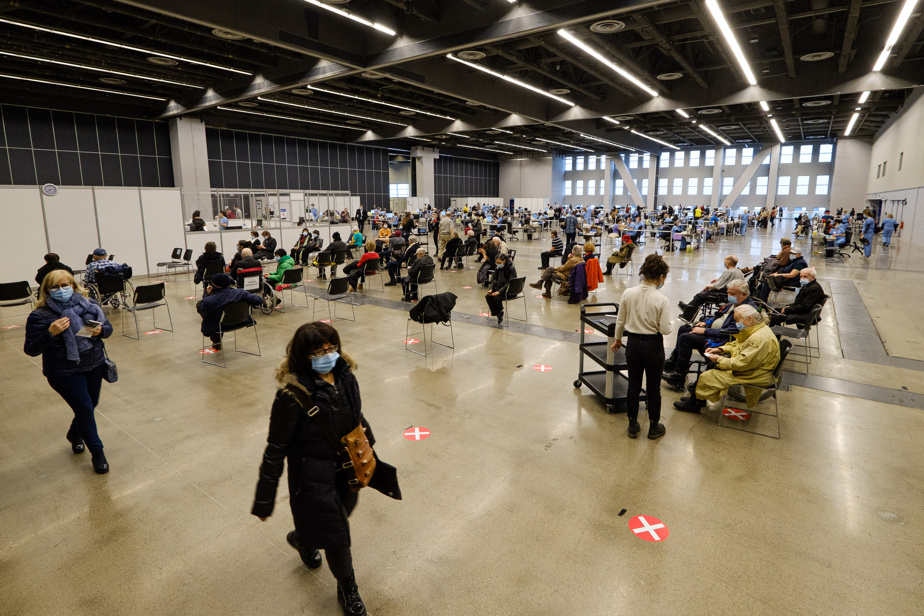 Thousands of vaccine spots for people aged 70 and over have been added to Montreal through public health.

“New time slots are now available at vaccination sites in Montreal, mainly at the Olympic Stadium and at the Palais des Congress. Finally, new time slots will be available through various sites on the island of Montreal,” the Regional Directorate of Public Health said in a press release issued Wednesday afternoon.

On Tuesday, Quebec announced the receipt of new doses of vaccines, allowing it to increase the number of time slots available at vaccination centers. So on Wednesday, many extra time slots were empty, especially at the Olympic Stadium. Vaccination was possible at 1 p.m., every 15 minutes until early evening. Officials therefore invite people aged 70 and over for an appointment.

Quebec has received 213,620 doses of the vaccine in the past two days, the largest delivery since the vaccine campaign began.

Christian Mercieri, a spokesman for CIUSSS de l’Est-de-l’Île-de-Montréal, explained, “Appointment time slots are added daily depending on the vaccines we receive. We therefore invite the population to check the availability of appointments regularly as the offer is constantly evolving ”.

At CIUSSS du Center-Oyster-de-L-de-Montreal, we also confirm receipt of high doses and the launch of a new vaccination schedule. “We encourage people in their area who are 70 or older to make an appointment. It is important that everyone who qualifies gets the vaccine, ”said spokesman Carl Theriolt.

Appointments can be made online at the website quebec.ca/vaccincovid. For people who do not have internet access, dial 514 644-4545.