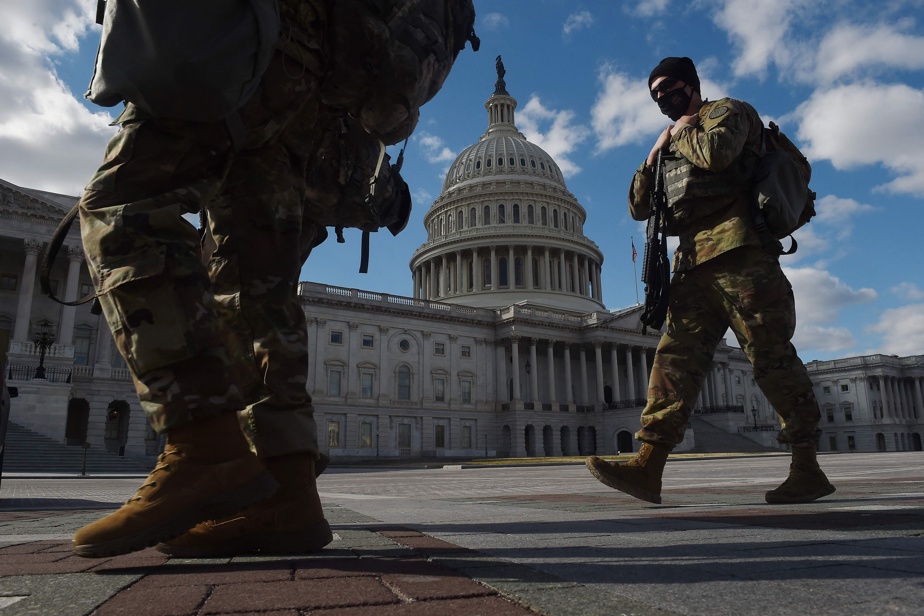 (Washington) Two months after the January 6 attack on Donald Trump supporters, the Pentagon announced on Tuesday that it was expanding its mission to protect the Capital, which has been handed over to thousands of United States National Guard soldiers.

About 2,300 troops will be mobilized by May 23 to halve the current strength.

Capital has been under tight security since Jan. 6, when thousands of Donald Trump supporters gathered at the foot of the U.S. Congress headquarters following Donald Trump’s speech.

Several hundred of them violently attacked the building and caused chaos. Five were killed, including Capitol police.

Since then, barriers have been built to defend the area around the Capitol and National Guard soldiers have rallied in support of the police, but their mission ended on 12 March.

“During this extra period, the Department of Defense will work with Capitol Police to gradually reduce the presence of the National Guard,” said Pentagon spokesman John Kirby.

The Department of Defense announced last week that it had received an official request from the police responsible for Capitol’s security to continue the assistance of the National Guard, without specifying whether the request was subject to specific risks.