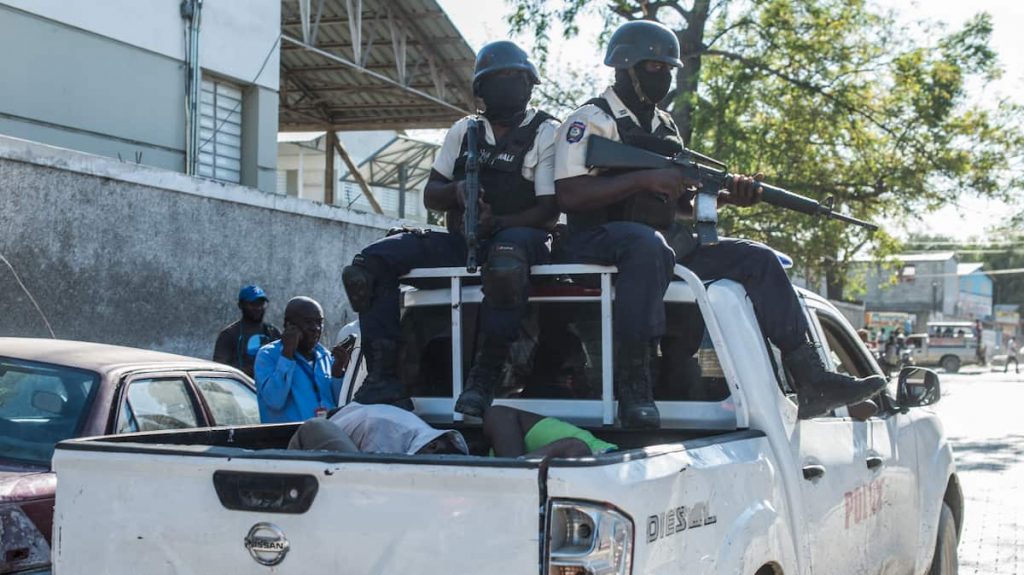 Port — Several Haitian police officers were killed Friday in an operation against gangs controlling several poor neighborhoods in the capital, the president lamented.

Also read: Haitians on the streets against insecurity and a return to “dictatorship”

“Today, March 12, something serious happened in Port — Prince. The police are fighting with their minimalist means to bring the population to safety and free them from the clutches of the bandits. Unfortunately, there are our younger brothers and sisters who fell in this operation, ”Jovnell Moss announced on Friday, the day before the start of the speech.

Automatic weapons fires echoed throughout the morning in the Village de Diu district in the heart of the Haitian capital.

In a video filmed and aired on the social network, the lifeless bodies of two police officers from special units were dragged to the ground and beaten by unidentified individuals.

According to pictures circulated by the armed groups, several damaged vehicles of the Haitian National Police (PNH), including an armed truck, were abandoned in poor surroundings.

In his speech, which was broadcast live on social networks, the Haitian president did not mention the number of police officers killed or injured during the operation.

A PNH spokesman who contacted AFP could not yet be reached for comment.

The hold of gangs in the Haitian territory has increased significantly in recent years.

These criminal networks have full control over many poor and densely populated areas of the capital, using illegal areas as detention sites for their kidnappers.

Since the fall, Haiti has seen an increase in kidnappings for redemption, which indiscriminately affects wealthy residents and the majority living below the poverty line.