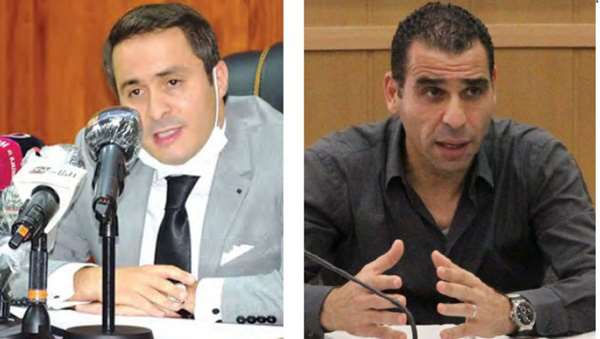 The Algerian Football Federation (FAF) has been warned: before the election for a new president scheduled for the first half of 2021, its new legislation and new electoral code (FAF) must be adopted in advance.

Otherwise, the International Federation of Football Associations (FIFA) threatens to impose sanctions on the FAF until suspension.

He sent the contents of a letter from Veron Mosengo-Omba, division director of FIFA member associations, to the FAF’s SG, on the set of sports journalist Mamar Dizbor Al Hayat TV channel.

“If the revised texts are not adopted in collaboration with FIFA before the next FAF elections this year, the situation of the Algerian Football Federation will have to be submitted to FIFA’s competent bodies for a decisive decision,” he said. Mosengo-Omba, who appointed the new SG of the African Football Confederation (CAF) from mid-March, wrote.

He noted that the FAF had not responded to letters from FIFA (dated June 15 and October 16, 2020) asking them to follow the process of revising the legal and regulatory framework of the Algerian Football Federation. “Aims to ensure compliance with FIFA’s principles and requirements”.

“As explained during the FIFA mission to Algiers in November 2019, the Kovid-19 pandemic and the national health measures taken in this case have delayed the finalization of the process, but new legislation and the FAF’s new Electoral Code have so far been adopted by the General Assembly (GA) (of the FAF). Not received ”, The FIFA spokesman was disappointed that the FAF elections, which are scheduled in principle in the first half of 2021, would be severely compromised.

“However, we remind you that the FAF cannot hold this election without first receiving its new texts and assembling the GA elected on the basis of the said revised texts.”, Added a FIFA spokesman who warned the FAF of the risk of violating the rules of the World Football Body.

“We consider it an honor to maintain the above statements in accordance with FIFA’s articles and laws, according to which FIFA member associations are legally bound to conduct their affairs independently and without third party influence.”, Reminds the FIFA spokesperson that any violation of these obligations will be added “This may lead to sanctions imposed by FIFA legislation, which could go as far as the Federation’s suspension, unless the effect of a third party is attributed to the member community”.

On February 9, the Ministry of Youth and Sports, which appears to have ignored FIFA rules, intervened directly in the preparation of the FAF election. The ministry said in a statement that the election codes and regulations of the national sports federations would be changed as soon as the Elective General Assemblies (AGEs) arrive for the new Olympic mandate (2021-2024).

A week ago, the FAF president Khaireddin Jetchi Recall that the amendment of the laws is the responsibility of FIFA. Since then, the conflict between the FAF and the MJS, or more precisely between Jetchi and Minister Sid Ali Khaldi, has intensified.

The first outcome of these infighting, which weakened Algerian football, was the return of Algeria to the CAF Congress on March 12 in Morocco. Empty hand.

In addition, the resolution directing Morocco to block the road from the Western Sahara seeking to join the African body was sent as a letter in the post‌.