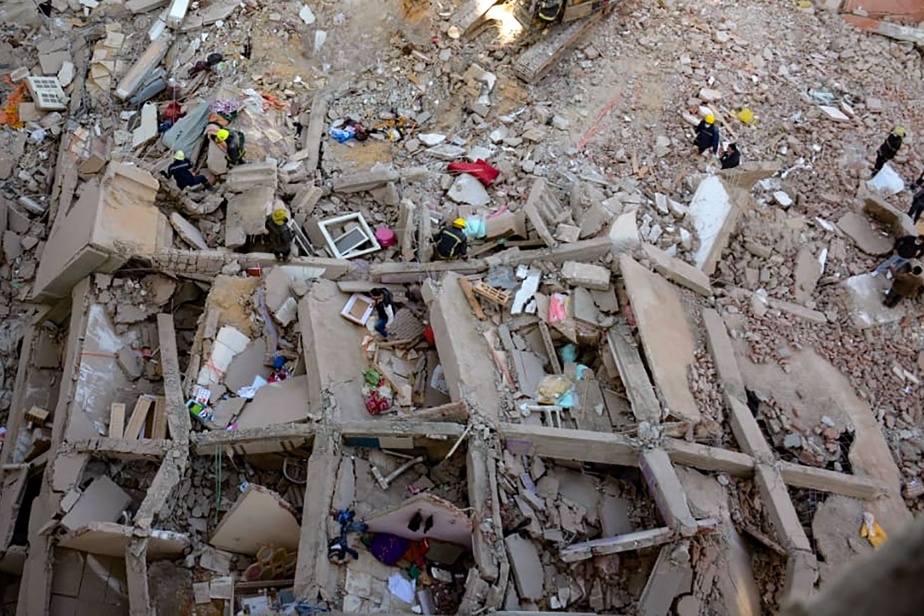 (Cairo) A state newspaper al-Ahram reported that 18 people were killed in a building collapse on Saturday morning in a popular area of ​​the Egyptian capital.

“Rescue teams were able to retrieve 18 bodies from the wreckage,” the newspaper said.

Five were killed and at least 24 were injured in what became known as the Cairo Governorate.

In the Guess Suez district east of Cairo, the governorate’s crisis room was notified at 3 a.m. that a basement and nine-story building had collapsed, the governorate wrote in a statement.

“Governor Khalid Abdel Al immediately rushed to the scene along with the civil defense forces,” he said.

He ordered that an “engineering committee be set up” to inspect nearby buildings and assess the impact of the incident.

Many buildings have collapsed in recent years in Egypt, with many victims, falling into disrepair and not following the law in terms of town planning.

On Saturday, a fire broke out near Jagajig station, causing no casualties, according to the Charkia (Northeast) Governorate.