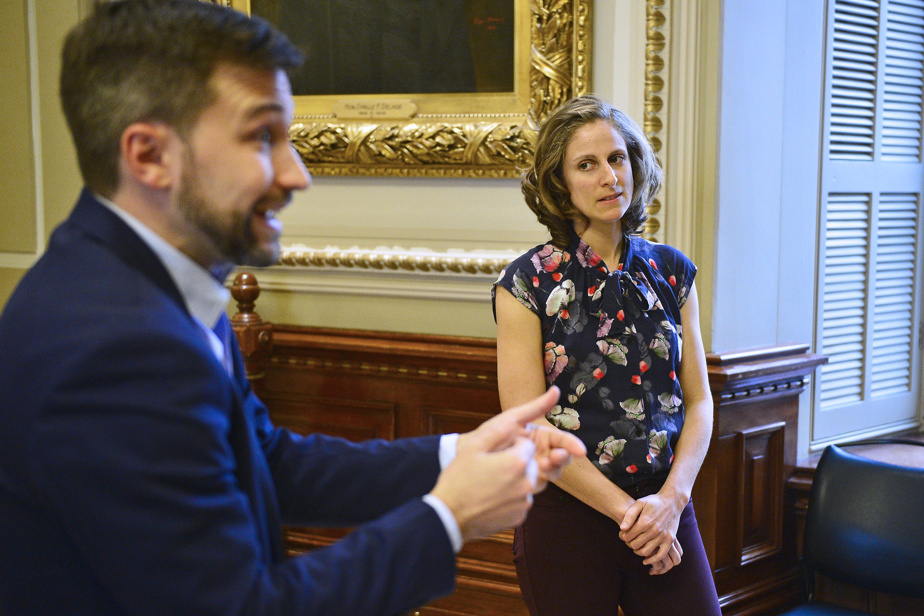 (Quebec) Quebec Solidair (QS) member Christine Labrie has announced that she will boycott Rendezvous for academic success and possibly launch her own public consultation.

Rendezvous, which takes place in small groups on Wednesdays and Thursdays behind closed doors, is the initiative of Education Minister Jean-Franకోois Roberz to prepare for the coming academic year.

Over the past few days, many participants have been shocked by the end of consultations with opposition MPs, the media and the general public.

For Christine Labyrinth, being on camera is not acceptable when it comes time to address issues such as student well-being and success.

She argued that these meetings were an opportunity for all groups to learn participants ’comments to improve their own reflection.

“Because the minister wanted to disclose these consultations, I decided not to participate,” he saidTo me Labrie was interviewed Monday.

We are currently looking at the possibility of conducting consultations that allow people to express themselves publicly on the ideas they have for academic success.

In the meantime, she believes her time on Thursday will be a good time to take part in the Crime Victims Compensation Reform (IVIC) study.

Mr. Roberz is scheduled to meet with about sixty shareholders divided into four groups. The only meeting where the assistants can participate is to bring the assistants together.

Last week mTo me Labrie sent an email to Minister Roberz, in which she wrote that she had realized with “surprise and disappointment” that the consultation would not be public.

“All of this seems like a somewhat artificial way to legitimize the proposals he is going to make to us in the coming weeks,” she said.

No one really knows if this really came from consultation, because no one can hear the thoughts of others!

Like other opposition parties, QS wants to disclose all the briefs along with all the meetings organized as part of the Rendezvous.

Unlike QS, neither the Liberal Party of Quebec (PLQ) nor the party Quebecois (PQ) intended to boycott the event.

Liberal and PQ MPs Marva Rizki and Veronica Hivon said in an interview on Monday that they were not interested in the “empty chair” policy.

“I do not attend anyway because I do not like the empty chair,” he saidTo me Rizki. I bring my ideas to the Minister of Education; I’ll give it another chance. ”

Three themes will be discussed at ministerial meetings: academic success and solution education, psychological assessment and support, as well as mental health and well-being in school.

Jean-Franకోois Roberz’s announced goal is to submit an action plan by the end of April.