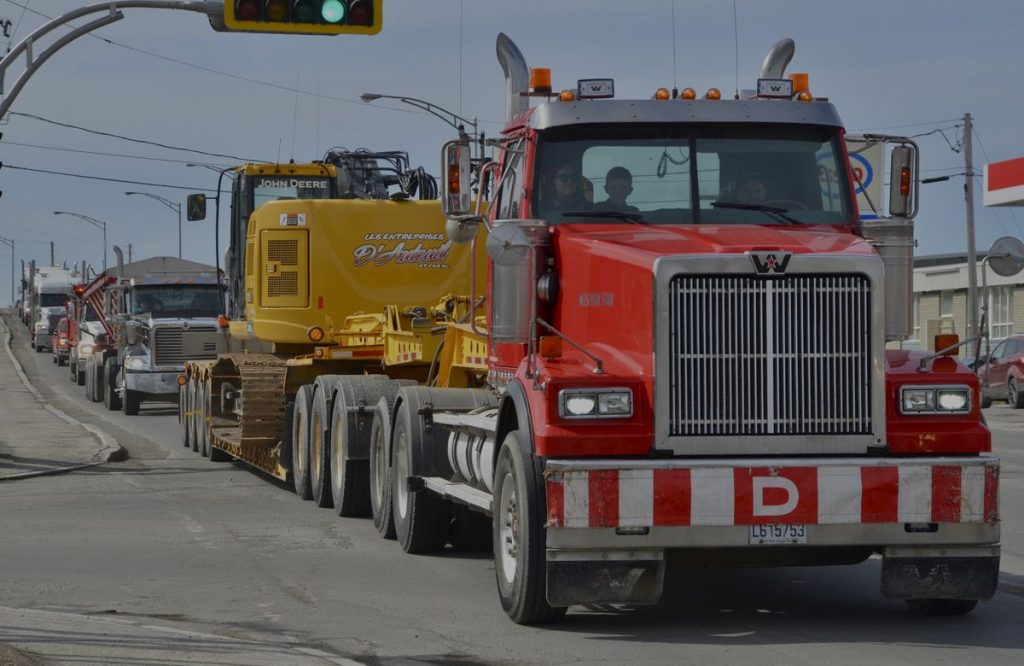 Q.About 75 people, mainly employees, first gathered inside the Enterprises de Atuil garage to watch the live broadcast of the funeral at St.-Ulric Church. Police patrolling from Certe du du Quebec, which blocked Route 132, and vehicles coming from the Minister des Transport, the convoy headed towards By-des-Sables, where Steve de Atuil rose and began business. Subsequently, most of the trucks returned to continue to the Transport Clement Dissociers facility in Matane, which was purchased by Les Enterprises d’Autuil last fall. Many people gathered on the side of the road to attend the Procession rally.

Initiative of a team of employees

The initiative for this tribute came from a work team set up by Steve de Atuil in January. “It’s a working structure to turn the company around smoothly when he’s absent,” said workshop supervisor Martin Charest, who has 40 years of service at the company. We met, managers in place. We were told that Steve was very involved in the committees and of all the reasons he could be there. He is entitled to a tribute from the contractors who own the excavating vehicles. It represents him well. “

Initially, the procession was to be confined to the company’s equipment and vehicles. “But, as soon as we started the parade idea for Steve, it was like air gas,” Mr. Charest said. People wanted to come with their trucks. It happened quickly and it exceeded the ratio we had had. This is a good tribute to Steve. I think everyone was really touched and amazed at how big the time it took. “

A man with a big heart

Jean-Paul Saint-Pierre did not miss this event to the world. “Steve is a man with a big heart,” said an employee of the Enterprises de Atuil behind the wheel of his truck. This is good Boss. We are doing our job and he is grateful. He was very famous and he was loved. He was there for the rest of us and we are here for him today. ”