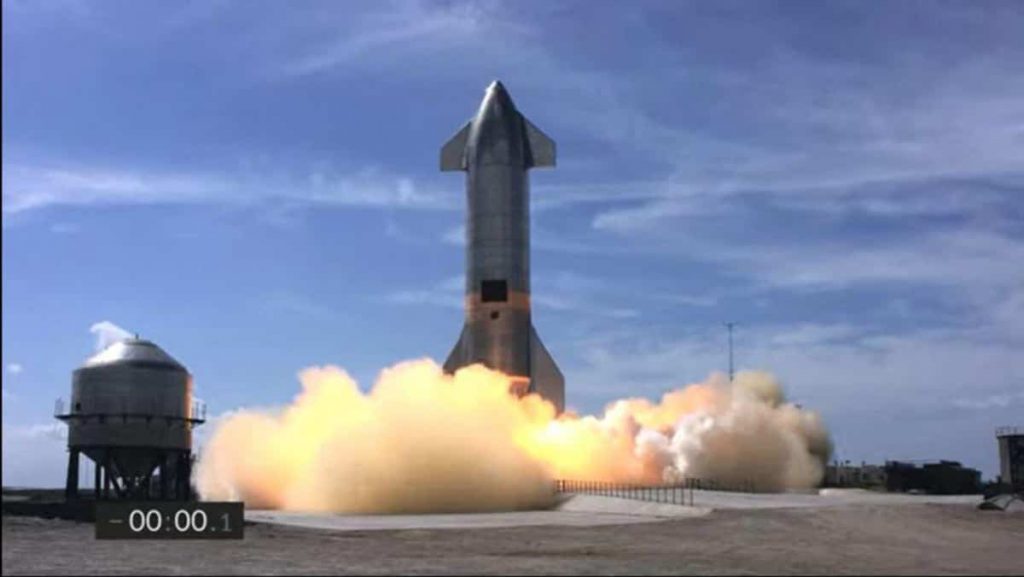 Also read: The wreckage from the SpaceX rocket hit the U.S. Light up the skies

“Something big happened,” he tweeted as it came downhill. “We need to know what it is when we can see the pieces later today,” Musk jokingly added, “at least the crater is in the right place!”

The SN11 rocket launched KST at 9 a.m. from South Texas and launched a 10-kilometer ascent with video transmission problems.

During his descent, the video was interrupted.

“We lost the clock in T-plus 5 minutes 49 seconds,” SpaceX commentator John Insprucker said, referring to the time of the takeoff.

“It looks like we have another exciting test of the No. 11 starship,” he said dryly.

The SN11 is the 11th model of a starship rocket that SpaceX hopes to one day send to the moon, Mars and beyond with people on board.

This is the 4th model to take off, and attempts to return to ground for a smooth vertical landing.

SN8 and SN9 were launched in December and January, respectively, but crashed and exploded, SN10 was able to land on March 3, but exploded a few minutes later.

Despite these failures, according to experts, SpaceX is gathering valuable data that will allow it to accelerate the development of its space programs.

Eventually, SpaceX plans to combine its starship spacecraft with its super heavy rocket to create a fully reusable craft.

The final version of the rocket will rise to a height of 120 meters and can carry 100 tons of cargo in Earth orbit, thus giving it the title of the most powerful launch vehicle ever.