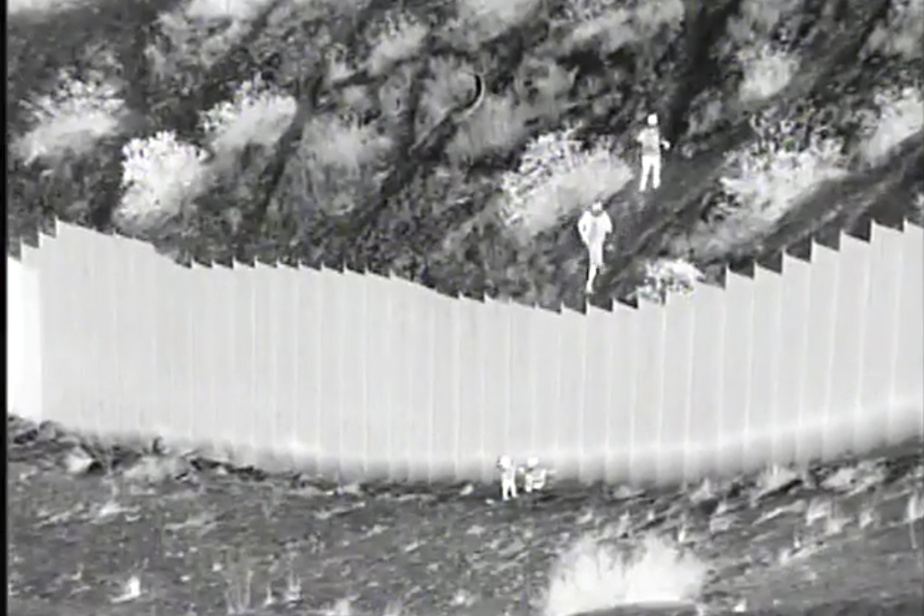 (Washington) The U.S. Customs and Customs Service on Wednesday reported that two Ecuadorian girls, aged three and five, were thrown over a four-meter-high wall on the Mexico-United States border at midnight, the Border Protection (CBP) said.

A surveillance camera operator alerted officers from a checkpoint that went to this remote area of ​​the state of New Mexico.

“On Tuesday evening, an agent in charge of the use of cameras saw a smuggler release two small children from a 14-foot-high (about four meters, editor’s note) wall above the border,” the CBP said in a statement.

The girls were taken to the CBP station in Santa Teresa, New Mexico for medical examination, and then to a local hospital as a precaution.

“I am amazed at the inhumane way these smugglers threw innocent children from a 14-foot wall last night,” Patrol leader Gloria I. Chavez said in a statement.

OmTo me Chavez said U.S. border guards are working with Mexican authorities to identify the culprits.

“Without the vigilance of our agents with the help of mobile technologies, these two young sisters would have suffered for hours in the harshness of the desert,” she said.

The United States is experiencing a significant increase in traffic at the border: more than 100,000 illegal immigrants were arrested along the southern border in February, including nearly 20,000 family members and 10,000 minors.

READ  COVID-19 in BC: The province creates new records for daily cases, active cases and hospitalization