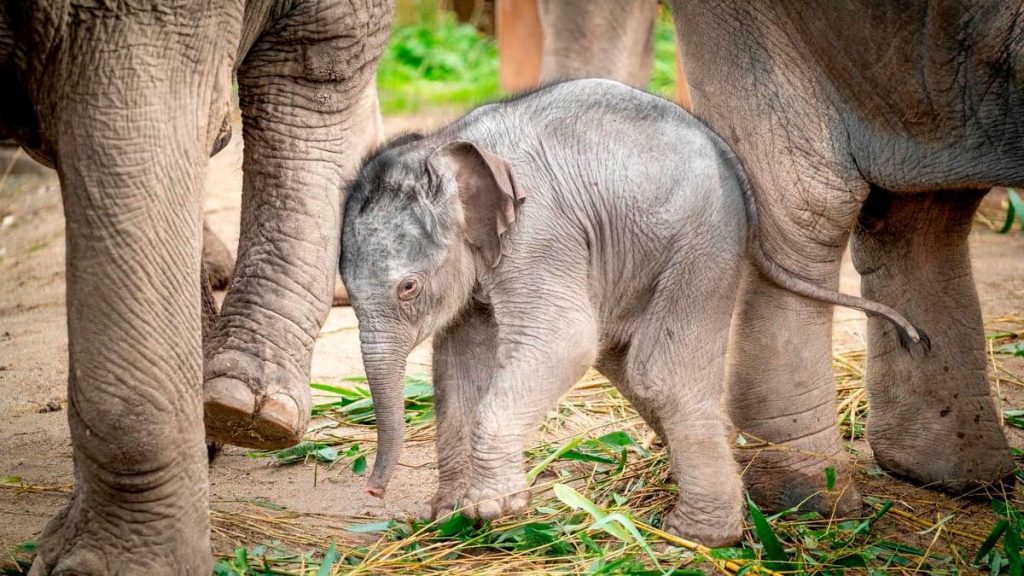 Rejected by his herd after the birth of another cattle elephant, the just two-week-old baby elephant died Thursday evening at the Boros Zoo in Sweden, where his fate shook the country.

“Despite three days of intensive care with a veterinarian and caregivers, he is being looked after day and night. The little animal disappeared today. Her body took nothing more, she had to sleep,” Zoon announced on Instagram with a photo of the caretakers surrounding the animal.

An elephant born on March 26, an unnamed young woman, another cattle elephant, rejected the herd after the male was born on Monday.

“We are all very sad, but at the same time we are trying to be happy that the other herd elephant is alert and awake,” Zoo continued.

The caregivers explained that they could do nothing against the group rejecting the baby.

Borus Wildlife Park in western Sweden is home to a dozen African elephants. Captive births are very rare, with its population declining significantly in the wild.

Fifty years ago, about 1.5 million elephants roamed Africa, but according to the most recent large mammal census in 2016 there were only 415,000, according to the International Union for Conservation of Wildlife.