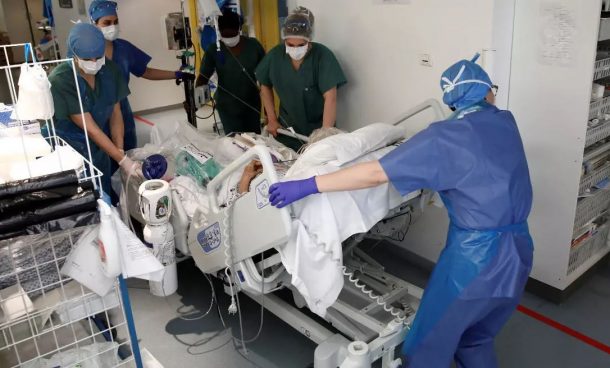 With 301 people dying in hospital on Friday due to coronavirus pollution, France reaches the 100,000 death mark, with 98,395 people dying since the outbreak began.

A total of 5,757 patients were enrolled in critical care services, according to Public Health France statistics. At the peak of the first wave, this number reached just 7,000 patients in early April 2020.

The pressure on hospital services is high as 30,326 Kovid patients are admitted to hospitals.

In order to contain the epidemic of the new coronavirus, the government is banking on the speed of the vaccine campaign, but also on strengthened restraint measures.

France began production of anticoagulant vaccines on Wednesday, expected to reach 250 million doses by the end of this year.

Delfarm, a subcontractor, began manufacturing the first anti-Kovid-19 vaccine in its factories, with Pfizer / BioMTech vaccine bottling. A total of 5 other international laboratories, including other subcontractors, including Sanofi, are expected to begin production of the vaccine in the coming weeks.