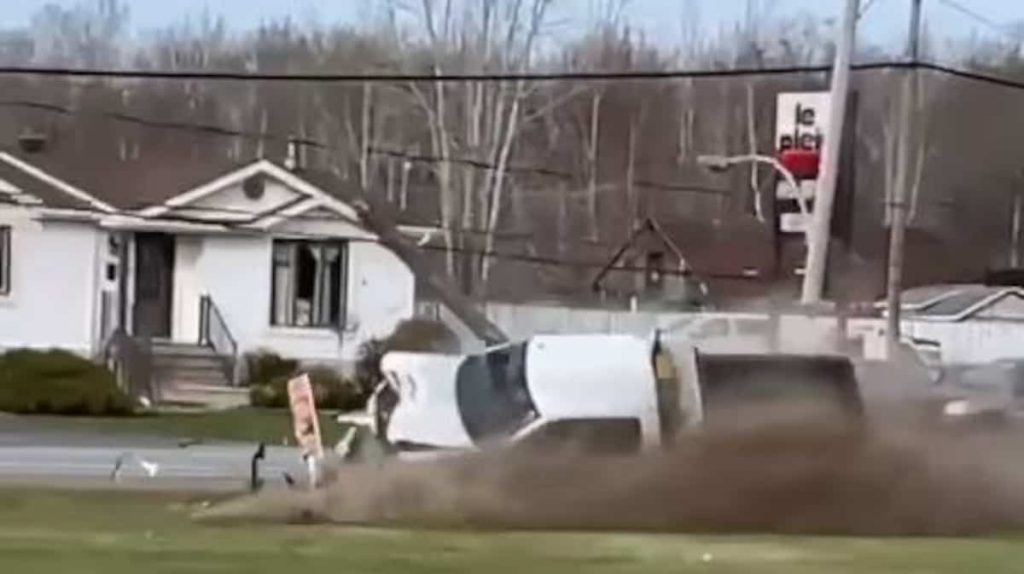 A man driving a stolen vehicle chased police from Certe du Quebec (SQ), which eventually ended up in a pile in Sorrell-Tracy on Wednesday afternoon.

The white van theft was reported to MRC de Lotbinier officers in Chaudhry-Appalachs at 4:40 p.m. The vehicle was spotted by SQ agents parked in Beaconcore at 5:20 p.m., who chased the suspect on Highway 30 Westbound, then west of Route 132.

The driver refused to stop as police activated their flashing lights and started a chase in the direction of Sorrell-Tracy.

Finally at the intersection of Rangsud and Route 132, the accused ended his journey when he tried to avoid the spiked carpet kept by the police and the van lost control. The vehicle hit another ided without moving on the street, and then came out of the road before the power pole collapsed.

After the barrel rolled and his van was in a terrible condition, the accused tried to continue on his way, to no avail.

On board alone, the man was not injured. An SQ spokesman said he may have been accused of driving while he was weak, but there was also dangerous driving, flight and vehicle theft.

An investigation is ongoing and a reconstruction specialist was dispatched to the scene. Route 132 Boulevard closed to Fiset.

Current may be lost due to connections between the vehicle and the utility pole.