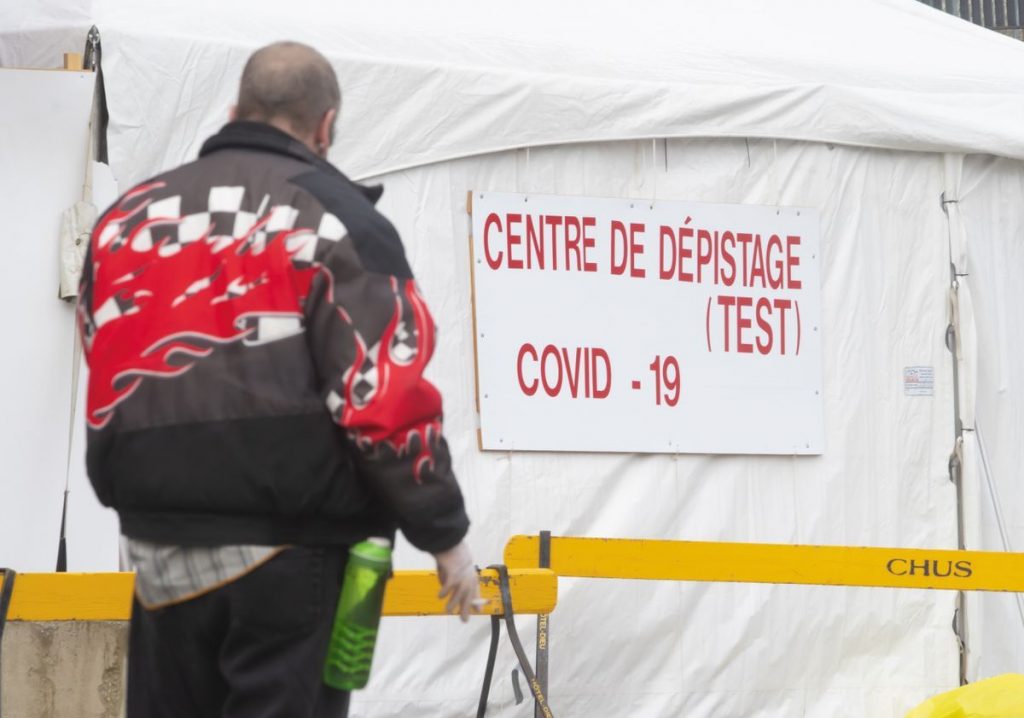 PHowever, the eastern townships escaped through the red zone on Thursday for the second week in a row. The epidemiological situation in this area is “under very close scrutiny”.

The National Public Directorate monitors a number of indicators on a daily basis to determine the level of alert for each area of ​​Quebec: the number of new cases registered each day, the number of active cases, the number of ongoing outbreaks, the positive rate of COVID-19 screening tests as well as the number of ump and verified variants. And one main thing is also considered: the ability of hospitals in the area to receive patients with COVID-19 in bed without offloading some of their regular activities.

A sudden increase in the number of confirmed cases, even in a single daily estimate, is immediately followed by alarm bells. With more transmissible variations, a sudden increase indicates that the situation is deteriorating very quickly.

The alarm bell rang on Wednesday this week with 59 new cases. The increase in the following days – 38 cases on Thursday and 50 cases on Friday – however allowed another break in Estre, but revolves around the Red Zone, according to its regional public health director Dr Alain Poyer.

“We are in the heat. Whether we go red or orange, we have to take control,” he said this week.

This increase has had implications for the number of hospitals slowly linked to COVID-19 in Estre. Twenty-one people, including four in intensive care, were hospitalized Friday. As of the end of March, there were only 11 patients admitted to the hospital, of whom only one was in intensive care.

Variations of COVID-19 are also progressing in Estre, but are much less aggressive than many other regions in Quebec. As of Friday, 33 variants from Great Britain had been confirmed by order in the Eastern Townships, as well as 408 suspected variants by screening. Proportional to population, Estri has the sixth lowest ump attendance variant in 16 health areas in Quebec.

Although it sank with record-breaking screening tests conducted last week, the lab at Florimont Hospital continues to test all positive tests for COVID-19.

Since the onset of the pandemic in Estri, there have been 12,605 Estrians infected with COVID-19, 325 of whom have died from viral problems. To date, there are 408 active cases in this area.

In proportion to their population, Granit, Coticook and Sherbrook’s Local Service Networks (RLS) have the highest number of infected people at 45, 25 and 168, respectively.

Two Estrians have died since COVID-19 this week. One of them was hospitalized at Maison Abe-Lumiere and the second victim lived at home.