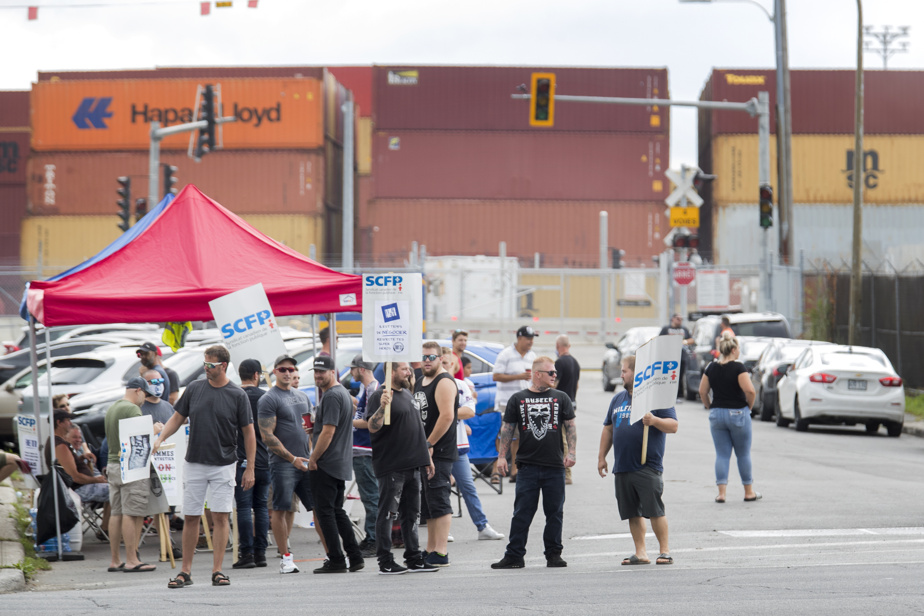 The Maritime Employers Association (AEM) will change the working hours of longshoremen by next Monday. To maintain the fluidity of the logistics chain, employees will have to settle for a non-shift schedule, AEM argues.

“In order to continue to serve the population, the AEM has evaluated all available options and, as of Monday, April 26, allows the terms of the collective agreement to shift to a non-shift schedule (known as a shift) to maintain liquidity. The logistics chain. The overtime and the weekend strike’s harmful This option will help you deal with the effects, ”the Maritime Employers Association said in a Facebook post on Thursday.

Both sides were at the negotiating table last week. On April 8, the Port of Montreal Longshoremens Union submitted a global offer to the owner. A week later, the Maritime Owners Association made a counter offer to intermediaries. No feedback was received from the union after their offer, as the association worked by modifying the working hours of employees.

“The union has insisted from the beginning of the week with the mediators to sit at the employer’s negotiating table so that our questions can be answered. The mediators have asked us to put the union questions in writing before reconstituting the parties,” the Montreal Longshoremens Union said in a press release issued Thursday evening.

As the union prepares to submit the questions asked by the mediators, it is learned that the employer intends to change the working hours by Monday, April 26th.

“This is the second time in less than two weeks that the employer has put pressure on the longshoremens and tried to provoke a backlash from the union, rather than putting his energy at the negotiating table for a negotiated settlement,” we read in a union press release.

The union regretted that the counter-proposal was not acceptable, based on an offer that had already been 99.71% rejected by Longshormen during a secret ballot vote in March 2021. He also recalled that there was such a change in the schedule. Implemented in the fall of 2018 and the move “provoked a strong reaction from the union and its members”.

The association said the port was congested and the situation was becoming “more complicated”.