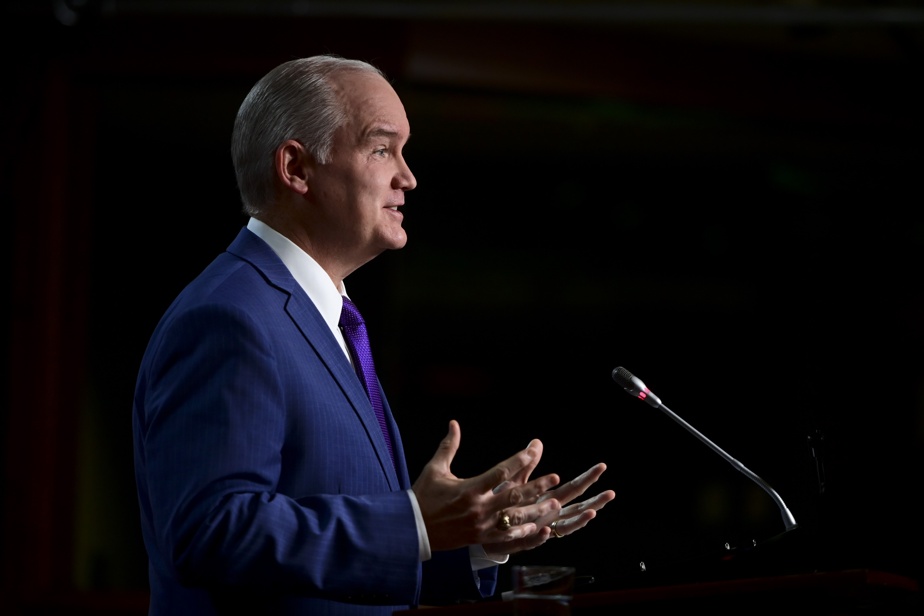 (Ottawa) Conservative leader Erin O’Toole is proposing to suspend all international flights now entering Canada, believing that direct suspension of flights from India and Pakistan would not be sufficient to prevent the spread of variants.

Speaking at a press conference on Monday, O’Toole criticized the Liberals for thinking of it as “another half measure”.

“The government should protect the border by stopping flights from all countries; in fact, all international travel may be on a temporary basis until our border is cleared and secured,” he said in response to a reporter’s question.

He argued that this was a request from the provinces. Last week, Quebec Premier Franకోois Legalt and his Ontario counterpart Doug Ford called for additional border security measures and a reduction in international flights entering Canada.

New Democratic Party (NDP) leader Jagmeet Singh escaped a bit when asked about the next steps for border protection.

“I am ready for the good of Canadians and keep them safe. If there are new travel restrictions, I am ready to examine the facts and make a decision based on the demands of experts,” he told a news conference.

Mr. Singh adds that similar experts do not think that borders are a priority.

The only way to solve this problem is to give these workers paid and comfortable sick leave so that they can stay home when they are sick.