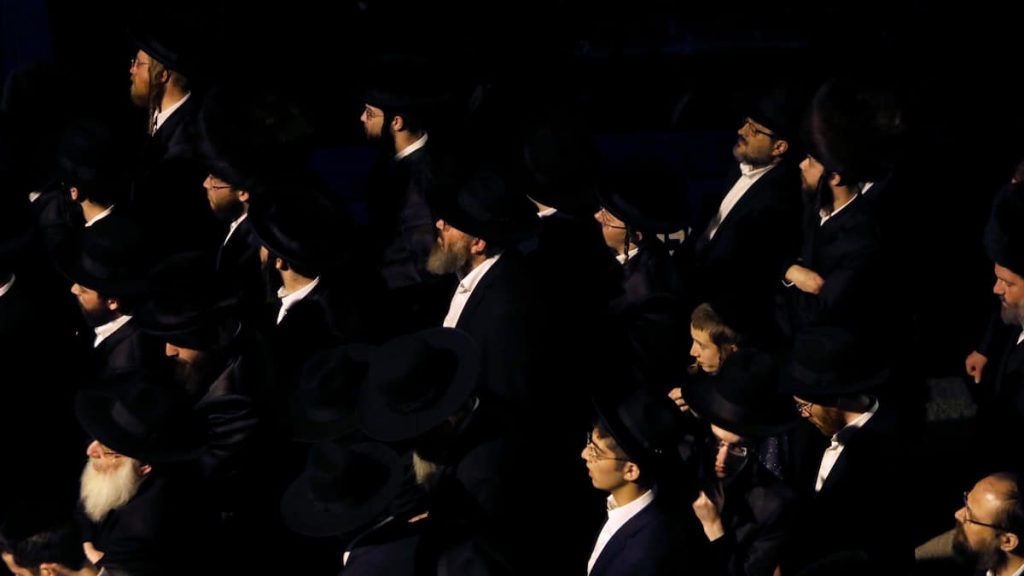 Two days after the stampede on Mount Maron, the Israeli press published in black ink on Sunday pictures of the victims, all men, mostly wearing curls or black hats with faces.

Rectangular-rimmed glasses, a cherub face similar to that of his brother Moses, Joshua Angeled, just nine years old, is the youngest of the tragedy.

On the eve of Lag Bamer’s Jewish holiday, two brothers were stunned by the density in a narrow metal corridor as many people tried to leave the pilgrimage on Friday morning.

Elazar Yitzhak Koltay, 13, known as “Aji”, was among 16 children who died or were in their teens when his funeral took place on Saturday at the Ultra Orthodox School in Jerusalem, which he attended.

According to the mother of a boy in her class, Aji’s classmates came to see the body of the boy lying in the hall early in the morning, wrapped in a talisman, a prayer shawl.

“It’s really sad (…) very crying”, this mother asks anonymously to AFP. Aji was a “really lovely and happy” boy who “loved to learn the Torah,” which is the holy book of Judaism.

The crush took place around the tomb of the 2nd-century Christian Talmudist Rabbi Shimon Bar Yochas as thousands of people gathered for a pilgrimage to Mount Maron.

Before the tragedy, a dense crowd danced and sang to the festival, which celebrates the end of a devastating epidemic among former Talmudic school students.

Men and women were separated, many children were also present and candles and torches were lit, according to footage filmed by AFP.

According to Rabbi Tuvia Rosen, attendance (praise, in French) for the pilgrimage to “Hilula” in Hebrew has increased significantly in recent years as the population of religious and Orthodox Jews has increased through the high birth rate in these communities, increasing the participation of young people in the event.

Avigdor Hyut, 36, from the town of Bney Brock near Tel Aviv, is taking part in “Hilula” for the first time with his 10-year-old son and his 13-year-old elder Jedidya. Did not return alive.

On Saturday, before leaving the hospital where Yedidia was admitted to the hospital to attend the funeral, the father told Israeli television that his eldest son had lost his sight near the Mount Maron site exit.

“I was on the floor with my little son and people were falling on us from all sides and crushing us,” said the man with his ribs and ankle broken.

“My little son + Daddy I’m dying” he cried, but was saved by the ‘miracle’. But “Jedidya, to my great sorrow, could not survive. He is a saint! And if he asked me to say one thing, it would be this: We all have something in common, we are Jews ”.