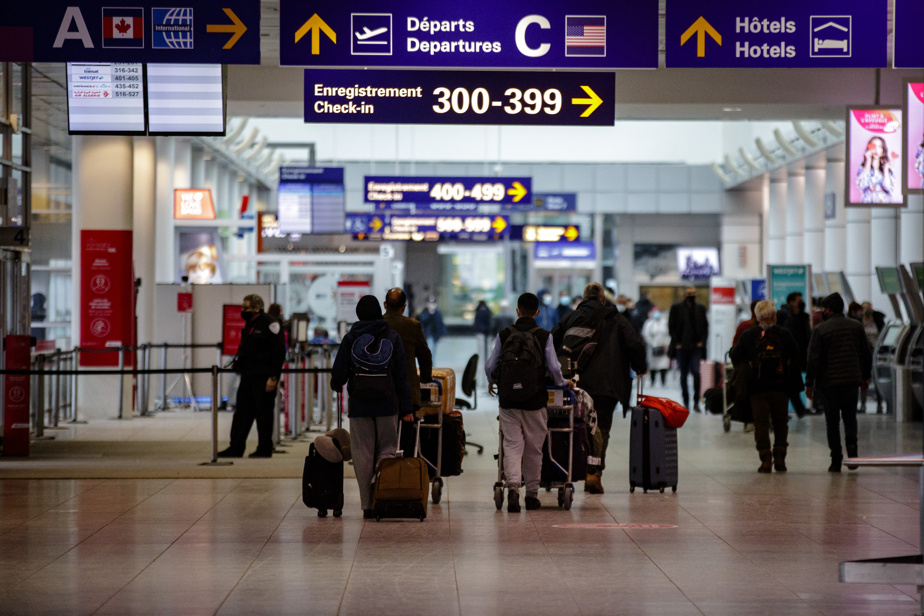 Gabor Lukacs, president of Passenger Rights, said he had spoken with experts from the Ministry of Transport and the Canadian Transport Agency in January 2019 about the ambiguities in the new charter on the safety of air passengers.

“Failure to explicitly address the issue of reimbursement is certainly part of the negotiations,” Lucas said, adding that the issue was dropped in the first part of a 90 – minute conference call on January 17, 2019.

In February 2019, before the charter went into effect, the passenger rights organization wrote a letter to the transportation agency stating that the Air Passenger Protection Regulations had “given the false impression that airlines were free to act as they wished” in reimbursing passengers for canceled flights.

Internal documents from Transport Canada and the Transport Agency indicate that the government took more than seven months to respond after discovering “loopholes” in its regulations.

The parliamentary committee recently revealed that by May 2020, authorities had identified some of the blind spots affecting the passenger reimbursement issue due to the epidemic. However, nothing has been done to rectify the issue before the latest in December.

Gabor Lucas reiterated that he had alerted Ottawa to his side long before the health crisis erupted, giving the government ample time to avoid such a failure that thousands of customers feel they have been losing themselves from reimbursement since the majority of flights have been canceled for the past 14 months.

Airlines affected by border restrictions and travel warnings have repeatedly cited the transportation company to justify refusing to refund their customers.

“Some airline tariffs provide for reimbursement in some cases, but may contain articles releasing the airline from such obligations in the case of Force Major”, reads a message published on the Transportation Office’s portal on March 25, 2020.

The Air Passenger Charter stipulates that carriers must pay compensation to passengers in the event of a delay or cancellation, which is attributed to the Company. However, a refund is not mandatory if the situation is related to weather cause, unstable political situation in the state or mechanical problem.

However, other long-term rules under Canadian Transportation Law require that the terms be “fair and reasonable.” The Transportation Authority has ruled in favor of consumer reimbursement rights in at least four cases over the past 17 years.

In a 2013 judgment against Porter Airlines, the agency concluded that “Porter’s refusal to refund the fare paid by the passenger as a result of the cancellation of the flight was unreasonable.” Control over the organization.

Unlike the courts, the decisions of the office are not limited by the case law established by previous cases. The multiplication of cases makes a strong argument in Gabor Lucas’ opinion.

Mr Lucacs believes that while the obligation to reimburse passengers is a matter of fact, regardless of the partial exemption from the passenger charter, much confusion could have been avoided if the authorities had clearly formulated a provision.

On December 21, then-Transport Minister Mark Guernsey called for stricter requirements on customer reimbursement, but nothing has been done yet.

By email, the Office of Transportation states that it has established rules under the existing legal framework that “do not allow (us) to request reimbursement for air disruptions caused by reasons beyond the control of the air carrier”.

The board is now saying that it is working on the development of new regulations following an order from the previous minister. As soon as the flight is canceled, passenger reimbursement becomes mandatory for any reason, even if the journey is delayed.

To add to the confusion, regional consumer rights organizations have added their voices to the debate by giving further arguments.

In Quebec, attorney Sylvie de Bellefuele at Option Consumers pointed out that the Civil Code is much less ambiguous than a passenger charter.

“I did not see how (the carriers) could take the money and provide the service,” she said. “Quebec law is very clear. ”

Air Canada and Transat have drawn up a support plan with the federal government. Ottawa owes customers billions of dollars for promising to repay customers, restore regional ties and maintain jobs.

Other carriers, including Sunwing, have not yet offered customer reimbursement plans.