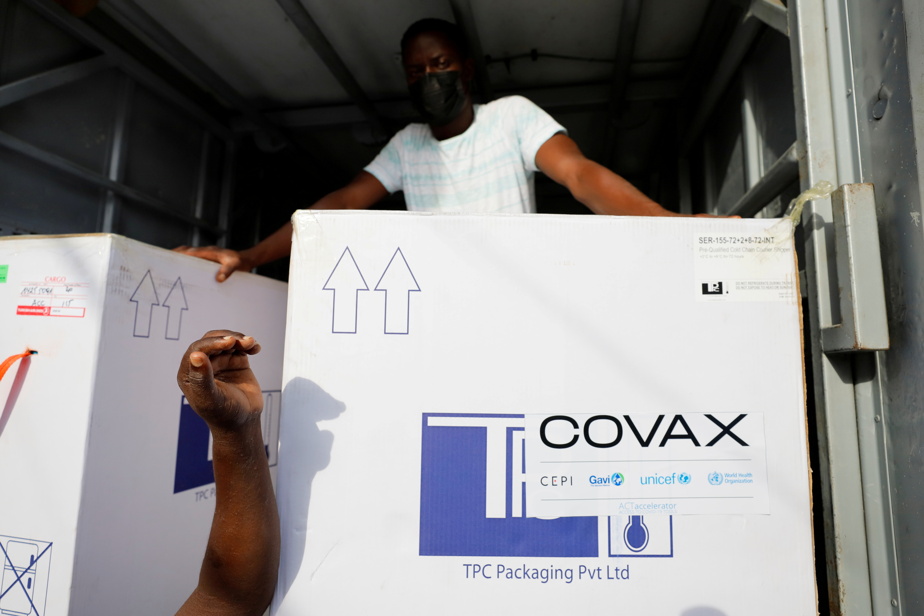 (Geneva) G7 countries and EU members can donate more than 150 million Kovid-19 vaccines to poor countries, UNICEF said Monday in an effort to partially reduce vaccine inequality in the wake of the epidemic.

This figure could be reached if the group of seven richest nations in the world – whose leaders convene at the summit in England in June – and if EU members share only 20% of their shares in June, July and August. , Specializes in scientific data analysis and is funded by the British Department of UNICEF, according to a study by Airfinity.

“And they can continue to fulfill their commitment to vaccinating their own population,” said UN Agency Director-General Henrietta Four.

The COVID-19 vaccine continues to be in short supply due to insufficient production and the international Kovacs system, set up to prevent rich countries from monopolizing very valuable doses, is far from the number of doses he thought he could deliver.

In June, approximately 190 million doses were missing from the Kovacs system – the Vaccine Alliance (GAVI), set up by the WHO, while the SEP (Alliance for Innovation in Infectiousness Prevention) – initially compared to planned volumes.

UNICEF – whose immunization expertise is second to none – is responsible for distribution.

India is expected to deliver the bulk of the vaccine dose to Kovacs this year, but the pandemic outbreak in the country prompted authorities to ban serum exports for use there.

READ  In Texas, the mother's last will, vaccine-skeptic: vaccinating her children

As a result, by the end of May, 140 million doses for Kovacs and another 50 million in June will be missed.

Lack of vaccines and lack of funding add to the problem.

While waiting for more permanent measures to significantly increase production, the press release said, “Sharing additional doses immediately is a minimum, necessary and urgent action, which we need immediately.”

The United States has 60 million doses of the estrogen gene vaccine – which often provokes mistrust after touching the headlines – and the serum, which France has indicated it wants to distribute, has donated 500,000 doses to Kovacs in Sweden for its part. Million and Switzerland is planning to give more.

Currently, according to a study commissioned by Kovacs, one-third of the population of rich countries already has at least the first dose, compared to only 0.2% for poorer countries.

The owner of the WHO, Tedros Adhanam Ghebreas, thought it unfair to ask countries on Friday to give up immunity in children and adolescents – so far less inclined to develop severe forms of COVID-19 – available to Kovacs to make their doses.

For those who share, it is not a moral requirement for poor countries to be able to immunize their health workers and their most vulnerable populations.

In the absence of immunity, strong transmission of the virus anywhere, making it more contagious, more deadly and resistant to current vaccines, will nullify attempts already made.

“We are concerned that the surge in India is only a precursor to what is happening elsewhere,” a statement said.

“Cases are exploding and health systems are being tested in distant countries such as Nepal, Sri Lanka and the Maldives or Argentina and Brazil,” UNICEF said.

The WHO Director-General warned on Friday: “COVID-19 has already claimed more than 3.3 million lives and things are happening, the second year of the pandemic will be much worse than the first.”