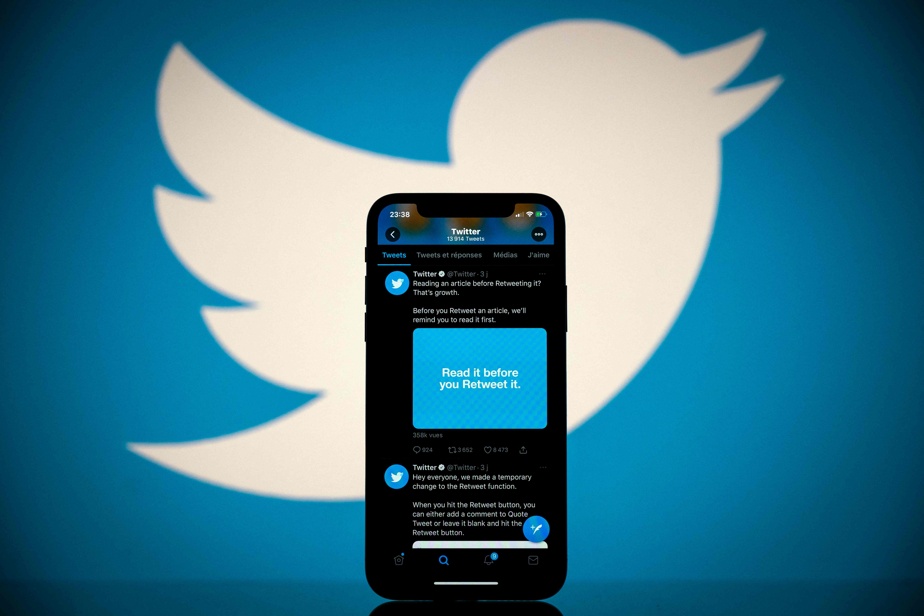 (San Francisco) Twitter has confirmed that its algorithm for cropping photos is slightly biased in favor of whites and women and now prefers to do without this automated technology.

“Algorithms are not suitable for everything on Twitter,” the social network said in one of its blogs on Wednesday. “It’s up to users to decide how to frame the image.”

The platform, which has begun work to transform its artificial intelligence systems into more ethical ones, investigates user-perceived biases.

The algorithm, put into service in 2018, is designed to reduce the size of images and keep the thread of tweets less cluttered, cropping images according to what is considered most important.

“People on Twitter have noticed instances where our program chooses white people over black,” said Rumman Chowdhury, director of software. “We tested our system on a large database to see if there was a problem.”

In general the comparison between men and women revealed a gap of 8% in favor of women.

The San Francisco-based company called the so-called “male sight” bias, an algorithm that chooses a woman’s breasts or legs instead of her face. But only 3% of the photos examined were cropped on the outside of people’s heads and on non-physical objects such as figures on sports jerseys.

“We have not found any evidence of objectification bias,” Rumman Chowdhury said.

The social network tested a new way to display images without cropping in March, and then extended the tool to everyone to see what it would be like before everyone posted their tweet.

“It reduces the reliance on‘ machine learning ’for work that our customers can do well,” he added.

Large platforms are constantly accused of promoting abusive practices, ranging from incitement to hatred to various forms of discrimination, especially sexist or racist.