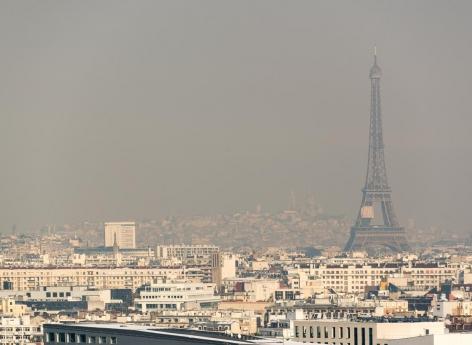 For the first time since 2007, the year when warning policies were put in place against peaks in pollution caused by PM10 particles in L-de-France, A team of INSERM researchers And from the University of Sorbonne to the Pierre Lewis Institute of Epidemiology and Public Health (IPLESP) to measure their effects on general population mortality and especially in adults over 75 years of age.

“PM10 emissions have been declining in the Paris area in recent years, with Paris still having the highest PM10 concentrations in cities in the European Union and 60,000 of its residents are regularly exposed to PM10 concentrations in excess of EU regulations”, he said. Inserm researcher and study author Anna Alari stressed.

Following the application of stricter restrictions implemented in late 2011, his team recognized the benefit on cardiovascular mortality, a reduction of 7% to 25% of daily deaths in the general population (which corresponds to an estimated 386 deaths from 2011 to 2015) and 9% to 28% of daily deaths in the elderly. Reduction up to (348 estimated deaths avoided). The study had no effect on respiratory mortality.

Air pollution can have a variety of short- and long-term health effects. On the one hand, constant exposure to pollution for many years increases the risk of chronic diseases (e.g. lung lung cancer). On the other hand, exposure to high daily concentrations of air pollutants can exacerbate the symptoms of respiratory diseases or trigger myocardial infarction.

“Measures to be taken with the aim of implementing public policies that focus on structural change (strengthening the public transport network to restrict pedestrian and car travel in certain urban areas) or to reduce emissions linked to industries. “, Anna Alari concluded.