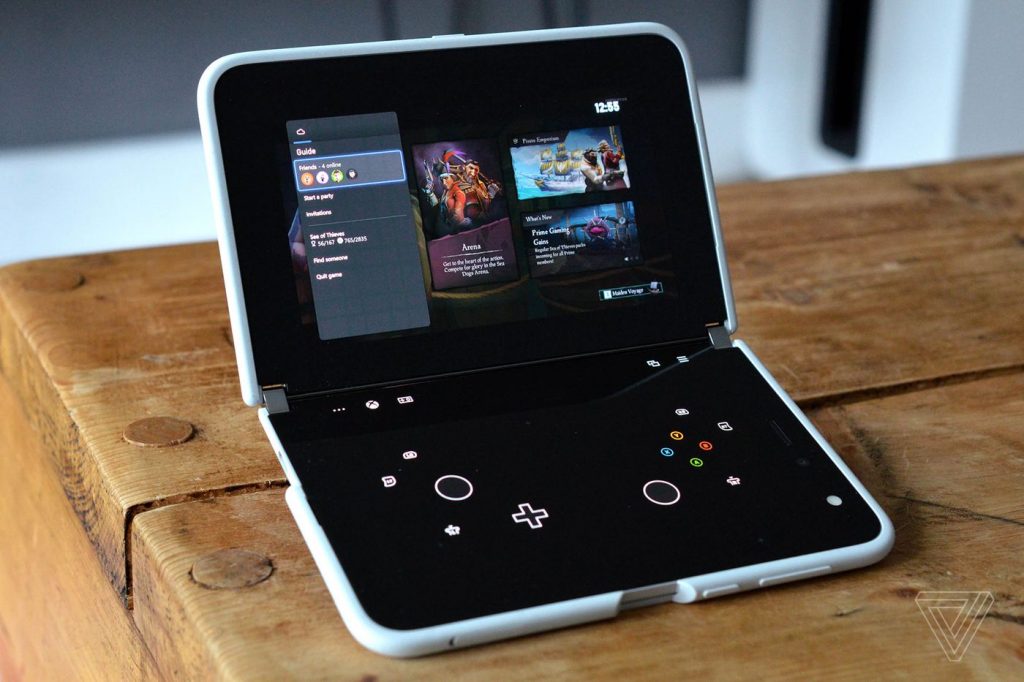 As the months go by, the Xbox Game Pass becomes an integral part of the Xbox ecosystem. Even better, Microsoft’s subscription gaming service is now really at the center of its strategy. In fact, Xbox Game Pass Ultimate now allows any smartphone owner to take advantage of the cloud catalog of the service, rather than offering hundreds of games to Xbox or PC owners running Windows 10.

Today, the American site The Verge discusses the evolution of the Xbox GamePass app, showing that this value proposition will grow even more. True, the app that allows you to start games directly from Azure servers now seems to be compatible with foldable screens. Therefore, the famous The Surface Duo is the closest thing to an Xbox portable console. Under the Nintendo DS Air with its two screens, Microsoft’s foldable smartphone now displays the game on one screen and the other touch controls (for custom games). Although the smartphone + controller combo is currently more efficient and enjoyable, it is a very interesting opportunity to quickly play your favorite game.

Microsoft is today turning its Surface Duo into a handheld Xbox. The latest app update for Xbox Cloud Gaming (xCloud) lets you use one screen for touch controls and another for gaming. It’s like the Nintendo 3DS with Xbox games. Details here: https://t.co/ubbsEAW3r8 pic.twitter.com/aP94t9xgzC