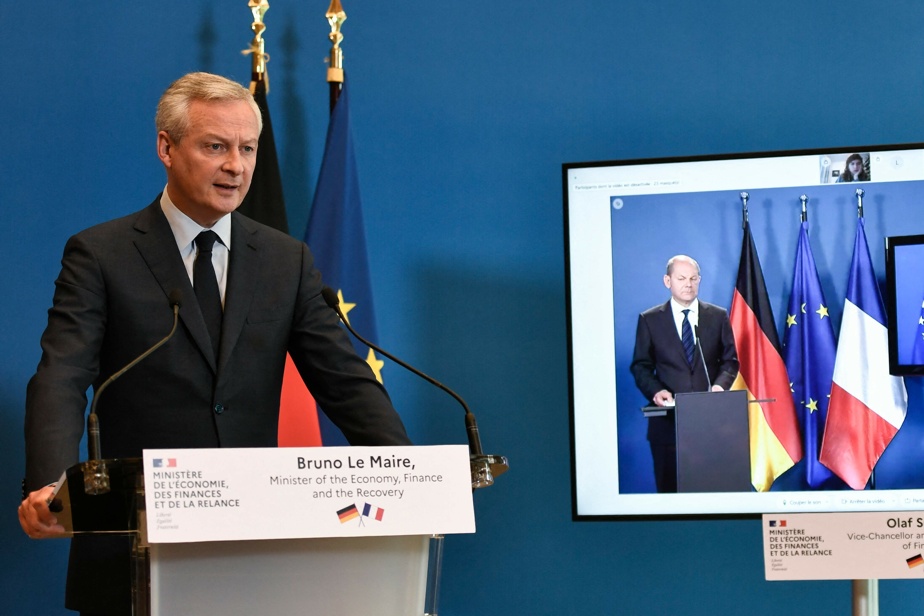 (Paris) France and Germany have called on their partners to conclude a “historic” agreement on international corporate taxes soon, following a veto from Ireland that casts a shadow over the major maneuvers taking place.

“It is clear that a historic agreement is likely to be reached at the G7 next week and at the G20 in early July,” French Finance Minister Bruno Le Maire told German counter-upstream from Franco at a US press conference. German Economic and Financial Council (CEFFA).

Next, Olaf Scholz said he was “optimistic” about the conclusion of an agreement that would end “devastating tax competition” between states.

U.S. President Joe Biden has proposed resuming years of negotiations on this sensitive sovereign issue and taxing the profits of multinational corporations at least 15% in all countries with significant activity.

Irish Finance Minister Pascal Donohue was moved by Tuesday’s talks under the auspices of the Organization for Economic Co-operation and Development (OECD), saying his country had no plans to raise the corporate tax rate to 12.5 percent.

Within the G7, which connects Germany, Canada, the United States, France, Italy, Japan and the United Kingdom – Paris and Berlin immediately supported the proposal, with 15% estimating a good compromise.

The first phase will take place next week at G7 in London on June 4 and 5. “We have agreed to do our utmost with Olaf Schజ్lz and the Chancellor of the Exchequer, Rishi Sunak, so that an agreement can be reached on this new international tax policy at the G7,” the French minister said.

He said on July 9 and 10 that “then the G20 will come to Venice” and expressed confidence that “by moving step by step we will be able to convince all our partners”.