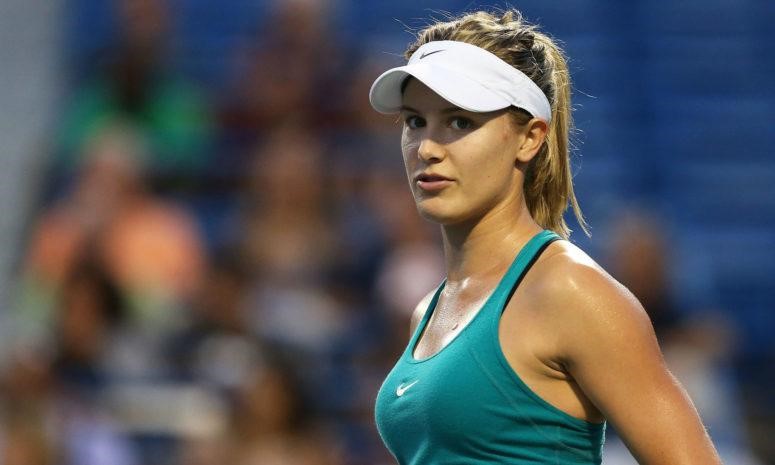 “Genie Bouchard” by Adam Glanzman/Getty  is licensed under CC BY 3.0

The on-again, off-again career of Canadian tennis star Genie Bouchard of Montreal is evidently off again. Qualifying matches for the French Open, the second of the sport’s four Grand Slam events, got underway this week and Bouchard was nowhere to be seen.

In fact, Bouchard hasn’t played a WTA event in over two months. She appears to have decided to skip the entire clay-court season. Her absence is not making the hearts of tennis touts grow fonder for Bouchard’s game. Check in at a top online sports betting sites such as Bet99 and you won’t even be able to locate a betting line being offered on Bouchard for Wimbledon, the next Grand Slam tourney on tap after the French Open.

These latest developments are a complete U-turn for what appeared to be developing into a comeback season for the former world No. 5. She’d reached the final of a WTA tournament for the second time in as many years. Bouchard fell to Spain’s Sara Sorribes Tormo in the final of the Abierto Zapopan in Guadalajara, Mexico

There were signs that the game that got her to the finals at Wimbledon in 2014 was being rediscovered by Bouchard. She’d climbed back to 117th in the world rankings after falling as low as 224th in 2019. And then – poof – she was gone from the tennis scene. Her last on-court appearance was in the Abierto GNP Seguros in Monterrey, Mexico. Bouchard lost 5-7, 6(3)-7 to China’s Lin Zhu in the Round of 32.

While she hasn’t been seen on court in several weeks, Bouchard did make an appearance for TopCourt on the company’s Instagram site, answering rapid-fire questions posed by followers.

Among the questions she provided answers to was her choice between Star Wars, Harry Potter or Lord Of The Rings? She went with the middle option. Last concert she attended? Florida Georgia Line. Something she can’t travel without? A sleep mask.

Rumours of a relationship between Bouchard and Pittsburgh Steelers backup quarterback Mason Rudolph were making the rounds of the gossip columns for months. The couple recently took to social media to confirm that they are in fact a couple via an Instagram post.

Rudolph, 25, shared a shot of the couple basking in the sun on a beach somewhere. He captioned the photo, “My Valentine.” At the same time, Bouchard also posted a solo pic to her Instagram page that was from Cabo San Lucas, Mexico, writing, “Quick v day getaway.”

When Steelers starting QB Ben Roethlisberger was lost for the remainder of the 2019 season due to an elbow injury, then-rookie Rudolph stepped in and started eight games, going 5-3. 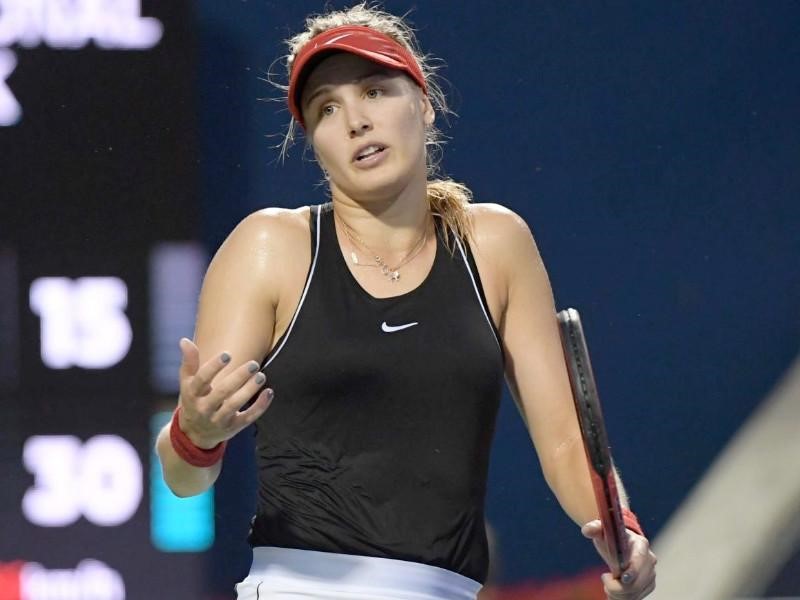 “Genie Bouchard” by Dan Hamilton/USA Today  is licensed under CC BY 3.0

Ranked outside the top 100 means that at most tournaments, if Bouchard isn’t granted a wild card entry then she must slog her way through the qualifying matches in order to gain a place in the main draw.

Bouchard was knocked out in the Round of 32 at last year’s French Open by eventual champion Iga Swiatek of Poland. She lost in qualifying at the ITF/USTA and at this year’s first Grand Slam tourney, the Australian Open.

She’s only advanced beyond the Round of 32 in two of her last eight tournaments, but interestingly reached the final in both of those events – at Guadalajara this year and at Istanbul in 2020.