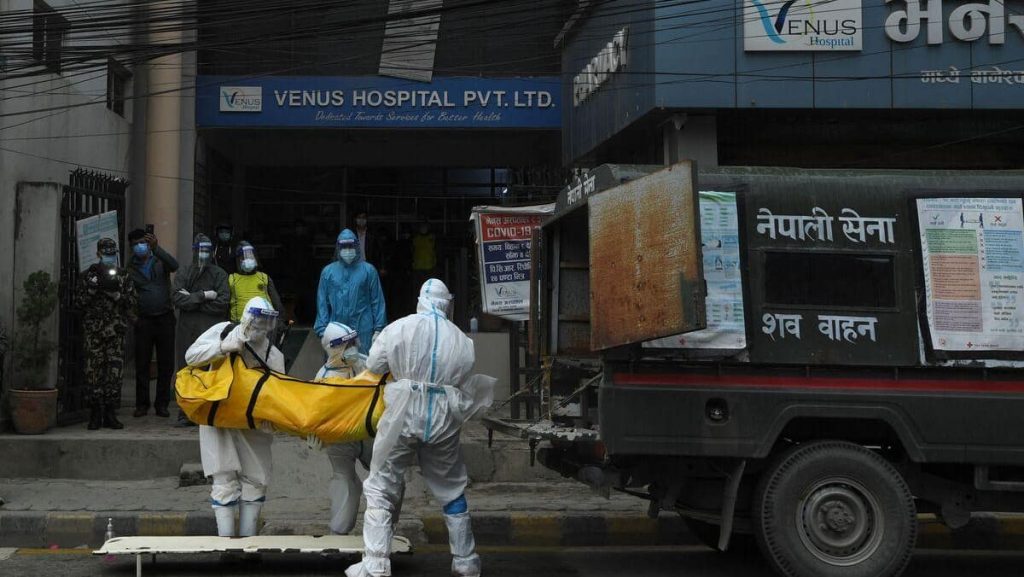 Nepal’s Prime Minister KP Sharma Olip on Thursday called on the international community to provide Nepal with nearly 40 million doses of COVID – 19 vaccine to fight the new pollution that has put pressure on hospitals in this poor country.

“We urge the international community to make vaccines available (…) and we are ready to buy them if donations are not possible,” the prime minister told reporters.

With a population of nearly 30 million, the country has so far received just over three million doses from various sources.

“It is difficult to receive small doses (vaccines) because of the need for double doses. Therefore, we expect the vaccines to reach us in large quantities. We need to vaccinate about 20 million people, so we need 40 million doses,” the Prime Minister stressed.

Pollution in Nepal increased in early April, rising to more than 9,000 cases per day in mid-May.

The number of infections began to slowly decline, but the health system was under stress. “We are not in a position to say that (contaminants) are declining,” Mr Oli said.

Nepal launched its vaccine campaign in January with one million doses of astrogenica supplied by India.

India, which is facing a violent outbreak of the epidemic, has banned vaccine exports because it is in a state of slight shortage, a situation that has severely affected other countries in the region.