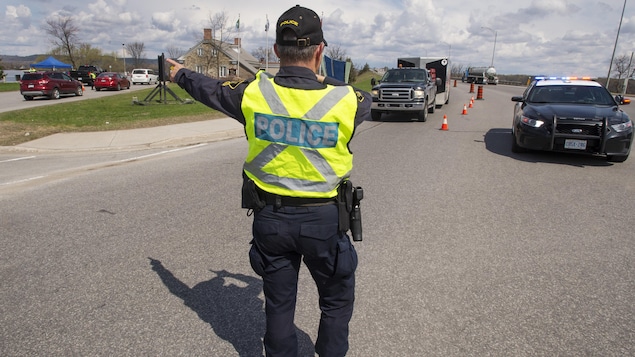 From April 19, the borders were closed except for the necessary travel.

These include non-restriction, traveling for work or seeking medical care, returning to Ontario or even a trip to look after a sick person.

The border between Quebec and Ontario has been closed since April 19.

Individuals from Quebec or Manitoba must stop at the request of an officer and submit identification documents.

If he rules that they have no valid reason to come to Ontario, the latter may order them to return to their province.

Eight other regional decrees were also extended until June 16. These include the transfer of patients, the re-employment of health care personnel, and the banning of recreational camps on public lands.

However, it did not specify when the inter-provincial boundaries would reopen.

There are no regulations on schools. A month before classes end, the province has not yet announced If the person resumes teaching.

Premier Doug Ford, which has faced criticism over the issue this spring, has chosen a plan to reopen more gradually.

Ontario counted Saturday 1057 new cases Of COVID-19. On Thursday, the province’s chief medical officer acknowledged that the situation was improving, but that it was not enough, in his opinion, to back down.

The province plans to take the first step in mid-June if several conditions are met.