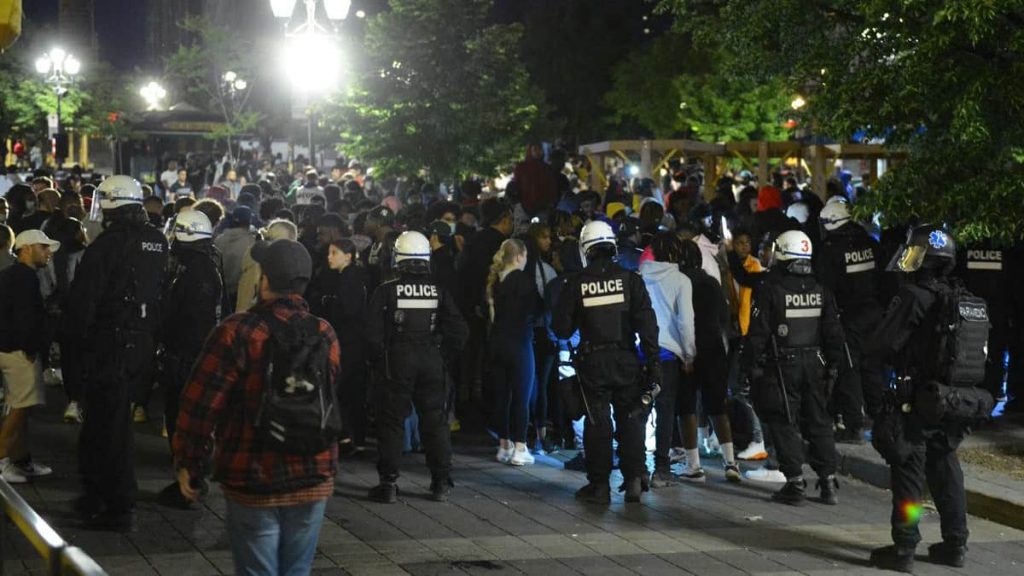 The incident took place on Saturday evening in the Old Port of Montreal for the second time in a row since the end of the curfew.

Gathered in the area shortly after hearing gunshots in the middle of the night.

A young woman was wounded in the leg by at least one projectile from a pistol, near the Rue du Quai de l’Horlose, on a picnic in Old Port.

He was the victim of an altercation in which a 19-year-old man was stabbed in the body.

“Two people were conscious when they were transported to the hospital and we are not afraid for their lives,” said Agent Jean-Pierre Brabant, a spokesman for the Montreal Police Department.

Shortly after the clash, police intervened on Place Jacques-Cartier to disperse a large crowd for security reasons.

The crowd calmly left the scene and by 2 a.m. everyone was gone.

READ  Huawei: Why the British isles could cling up on 5G and broadband package provider