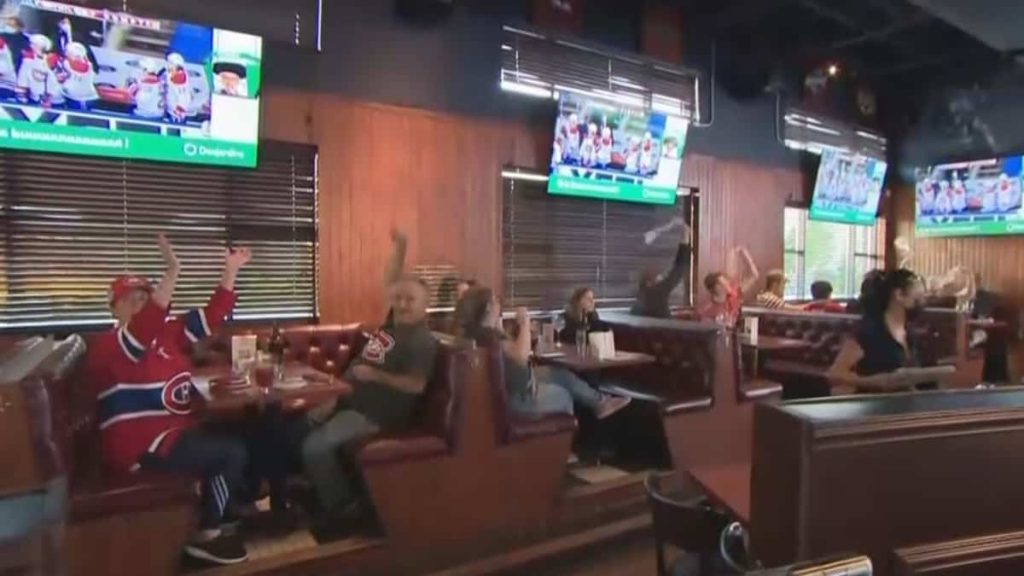 Hockey team fans, especially near the Bell Center, celebrated Monday night Montreal Canadians’ qualification for the next stage of the Stanley Cup playoffs.

Also read: The Canadian realizes the improbable and reaches the second round

Unexpectedly a few days ago, the Canadians’ victory in Game 7 against the Toronto Maple Leafs delighted the fans who exploded with joy in the final seconds of the game.

After meeting near the Bell Center to watch the broadcast of the clash, Montreallers began shouting “Go Hobbs Go” on Saint-Catherine Street and hoisting flags in team colors.

The same joy was observed in the restaurants in the province, where many fans gathered to watch the game.

“We look forward to the next series,” a young woman who followed the game at a restaurant in Brosard, Monteroze, testified in an interview with TVA Novels.

Keep in mind that the 2,500 fans at the Bell Center on Saturday evening could attend the previous game, the first since the COVID-19 pandemic began in March 2020.