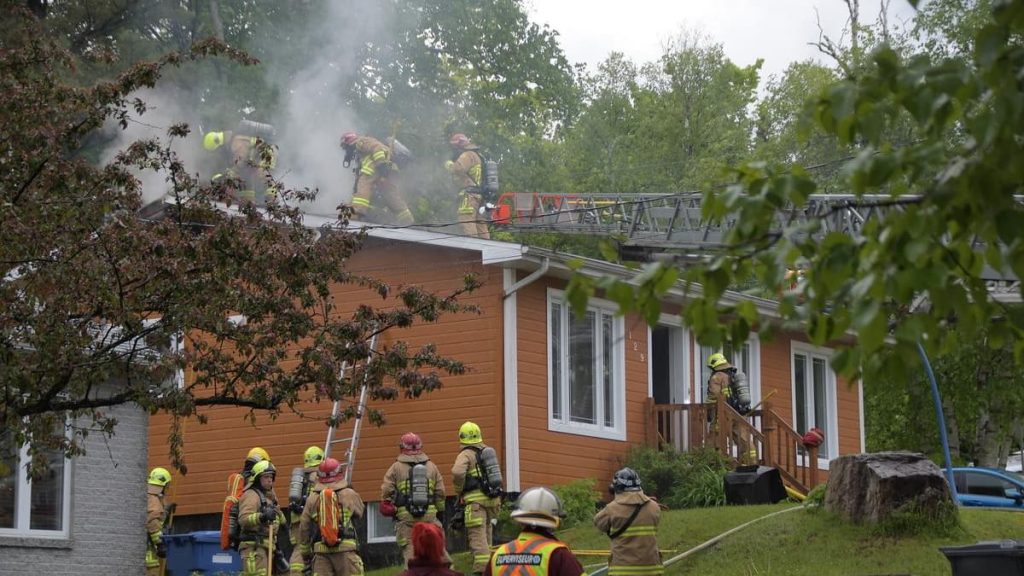 At least two residences were damaged by thunderstorms that hit the Quebec City area on Tuesday evening.

Shortly before 6pm, lightning first struck a house on the Camin de la Grande-Ligne, near Lock-Saint-Charles, north of Quebec.

Evacuation was required, but firefighters reported no injuries or fires at this address. The situation quickly came under control and the checks turned negative.

Shortly afterwards, Sappers were once again alerted to a lightning strike on the Rue des Amis in the Beaufort sector.

Smoke appeared on the roof of the residence. Fires broke out and openings were made to deal with the disaster. The intervention lasted less than an hour and no one was injured despite property damage.

The chance of being struck by lightning is less than the chance in a million.

According to Environment Canada, lightning kills between two and three people each year in the country and injures 180 people, most of the time between June and August. In most cases of the dead, people were in the open or sheltered under a tree.

The building is a safe place to seek shelter during thunderstorms, even if the lightning strikes high places.