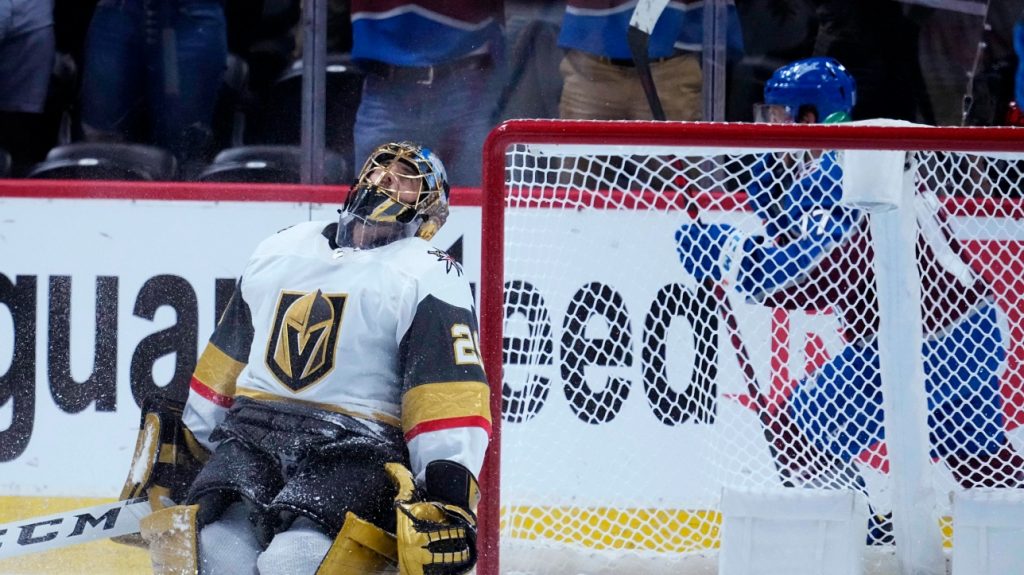 After losing 7-1 in Game 1, the overtime loss in Game 2 was hard to digest towards the Vegas Golden Knights.

Colorado Avalanche controlled the second round series 2-0 with an overtime goal from Miko Rantanen, who led his team to a 3-2 victory on Wednesday.

The Denver team is in power play after Reilly Smith was awarded a penalty early in overtime. After the face-off, Smith kicked Rantanen’s stick out of his hands and the officer cracked it.

Avalanche would like to thank goalkeeper Philippe Grubor for his personal best at the 39th Savings Playoffs. Fleury spun 22 puck.

Mark-Andre Fleury found his net after giving way to Robin Lehner for the first match. He saw Brandon Sad appear in front of him at the start of the match. Forward missed his shot, but Puck slipped back into the net between the cubois pads. Sad was able to find himself in front of Fleury after a good pass from Samuel Girard.

The engagement was meaningless, with the Knights taking advantage of the power play to equalize the mark play. Max Pasioretti spotted Alec Martinez on the other side of the ice and his landing shot beat Philippe Grubor.

Girard cooperated aggressively again. He was at the top of the slot Tyson Jost, improving Fleury when he threw over the reception. Riley Smith was able to stand alone in front of Grobauer for half of the middle period and he put the disc on top of the net after a good backhand fint.

At the start of the third period Smith came very close to scoring his second goal, but his shot hit the post right into Grubor’s right. Shortly afterwards, goalkeeper Max Pasioretti stood up and tried to beat him between the pads.

After Grobauer’s prowess, his teammates thanked him in overtime. After the Nathan McKinnon post, Rantanen ended extra time with his third goal playoff. Snow has been unbeaten in six games since the start of the playoffs.

Knights and Snowfall meet on Friday for Game 3 of the series.