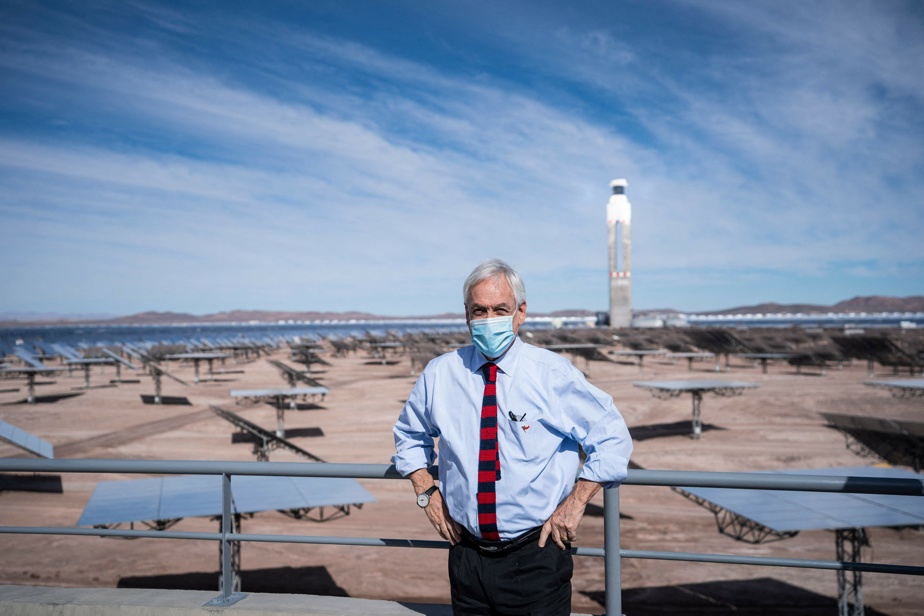 (Santiago de Chile) Chile on Tuesday launched the first solar thermal power plant in Latin America, in the Atacama Desert, the world’s driest and sunniest project, helping to achieve carbon neutrality for the country by 2050.


Over a circular area of ​​over 700 hectares, there are 10,600 mirrors around the 250-meter-high tower, the top of which is bombarded by sunlight.

The tank containing the dissolved salts is heated to more than 560 degrees and produces steam, which is powered by a turbine that produces 110 MW of pure electricity.

The infrastructure, combined with an adjacent photovoltaic power plant, will provide a total of 210 MW of renewable energy.

Called the “Serrado Dominator” (dominant hill), the project is unique in that it can operate for 24 hours even in the absence of the sun, as dissolved salts produce 17.5 hours of energy.

“It will save us more than 600,000 tonnes of CO emissions2 Per year. That’s the equivalent of releasing 300,000 cars a year, ”Chilean President Sebastian Pinera said at the inauguration of the project, which began construction in 2014.

The project of the Spanish companies Abengova and Axiona was built in the middle of the Atacama Desert at an altitude of 3000 m above sea level, near the municipality of Maria Elena, 200 km east of the coastal town of Antofagasta.

Mr Pinera said it was a new step in Chile’s commitment to renew its energy matrix by 2050 and to achieve the carbon neutrality provided by the Paris climate agreement by that date. That is, a country without net CO emissions2.

“Chile is a country without past powers, we have less oil, less coal, less gas, but we have a lot of future energy. We have the brightest deserts in the world. […], The world’s best winds, geothermal energy from volcanoes, tidal energy from the oceans, ”the Chilean president declared.

Chile wants to be a benchmark in the production of green hydrogen, which is widely accepted around the world as a fuel intended to replace polluted fossil fuels.

At the CEM12 / MI6 Climate Forum, which Chile actually hosted, the country pledged to work with the United Kingdom, Australia and the European Union to promote green hydrogen as a fuel.